Make me an offer I can’t refuse 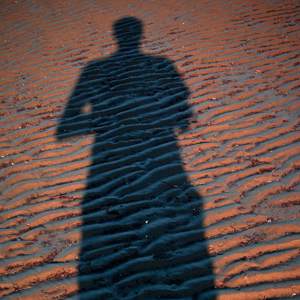 While Mick Gatto’s methods of mediation have undoubtedly been successful for him, he might not be the best person to help two parties reach an amicable agreement, writes Steve Lancken

While Mick Gatto’s methods of mediation have undoubtedly been successful for him, he might not be the best person to help two parties reach an amicable agreement, writes Steve Lancken

As a full-time mediator I  have become accustomed to “sharing” my profession with the judiciary, particularly those who seek to earn some post-retirement income from hanging out their shingle as mediators.   Notwithstanding my belief that the purpose of a judicial pension was to ensure that the possible post-retirement income of judges did not influence their decision making, I accept the reality of mediator/judges.

Some retired judges (those who learn, study and expose their methods of practice) are without doubt fine mediators.

But Mick Gatto?   My first instinct is to be appalled that a person like Gatto is holding himself out as a mediator, ''When you write this,'' Gatto added, ''don't call us underworld figures, or gangsters. I am a mediator.'' (SMH 4th March 2012).

When Gatto (the famous colourful business person and self-promoter) got that publicity as a mediator and arbitrator, I was jealous that my profile did not warrant front-page treatment in such an esteemed broadsheet.    My jealousy however was nothing compared to my righteous (perhaps a little pathetic) indignation that a person with such a colourful past and not “Nationally Accredited” could call themselves a mediator.

Not only that, when I “Googled” his business there was no website nor information about where I could complain if Mr Gatto might happen to be involved in a mediation between me and my creditor/s.  What if his practice was not in accordance with the Mediator Standards?  How could I get redress?

So for this reason (and some others that are compelling if you get my drift), I have decided, that if I ever do need to mediate with my creditors, I would choose a different mediator to Mr Gatto (that is if those really big bearded guys he seems to hang out with don’t mind, sir).

I have wondered  about a few things since discovering Mr Gatto’s well-publicised mediation business:

1. What retired judges (who have usually spent at least 10 years on the bench) have to teach us about mediation, having not seen the inside of a mediation room for so long.

2. What are the meditation skills of Mr Gatto?

3. What on earth the two might have in common?

In a mediation, people speak to each other, not to the judge, and the expression of emotions is not just the norm, but expected (I think in about half of my mediations someone cries, and not always from relief).

In a court case people save their crying until the case is over and often even the “winner” is in tears.

The judge rarely observes, let alone needs to engage in, the emotional turmoil of the litigant.   I understand that for Mr Gatto’s clients there is emotion, one that turns the stomach and causes profuse sweating, just like when I thought that truck was going to bowl right over me, turn me to mush and end my mediation career forever.

So emotion is common to all kinds of “mediation”. Is that enough to allow judges and Mr Gatto to call themselves mediators?   I think not, but I am open to persuasion (those friends of Mr Gatto I understand to be VERY persuasive).

Merriam Webser defines mediation as; The act or process of mediating; especially: intervention between conflicting parties to promote reconciliation, settlement, or compromise.

Under this definition Mr Gatto is a mediator.  As I understand it he promotes “settlement or compromise” in favour of his “clients”.  Judges promote settlement but judges do not make decisions based on “compromise”.

The National Alternative Dispute Resolution Council definition includes; The mediator has no advisory or determinative role in regard to the content of the dispute or the outcome of its resolution…

On a continuum then you might say that Mr Gatto relies on force (as I said I understand he is VERY persuasive) to achieve “settlement” and judges use the rights-based system of law and the power conferred on them by society to ensure that we do what they say.

Mediators (at least in accordance with the NADRAC definition) do not tell anyone what to do.  I can’t even tell my kids what to do and they are smaller and less clever than I am (OK they are just as clever), so I have to rely on other skills to support people to reach a suitable and MUTUALLY acceptable solution.

I am not going to spend too much of your leisure time listing those skills, but for me and my fellow mediators, those skills have been developed over many years and, when applied creatively, offer our clients the very best chance to reach their own agreement, not one that we mediators think is OK.

What judges and Mr Gatto have in common is that their dispute resolution repertoire relies on the persuasiveness of what they can do with the power of the rights-based system of our law if we do not do reach an outcome  that they think is correct.

I know that there is a place for rights-based power in Australian Society and I (for one) am very, very happy that we have robust and well-resourced courts.   However, to think that those judicial institutions are offering mediation (in terms of the National Association of Dispute Resolution Advisory Council definition) is to me, worrying.

I am not sure that I want to mix up the very important role of the courts with another process that I think is incredibly valuable but which does not rely on rights to decide the outcome.

As for Mr Gatto, let’s just say that the power he uses is not the sort of power that most of us would like to have knocking at our door late at night, and I say nothing about its legality!

By now you might have realised the similarity between Mr Gatto’s methods of finding a result and a judge who “encourages” a settlement. They both rely on a focus on what happens if you do not agree.

For those of you who (like me) find the pressure of what might happen to me if I do not agree to be very one-dimensional method of negotiation and dispute resolution (not to mention sounding like a threat…..and Mr Gatto if you are reading I am sure it is not!) the good news is that great mediators (whether they be retired judges or highly experienced and trained professionals) will work with their “clients” to explore much more than what might happen if there is no agreement.

Without trying to summarise all of the professional skills of a mediator, the good ones will assist parties to make good decisions that are based on their interests, are robust in that they are based on benchmarks and standards of legitimacy and come from a range of options that can be explored in a safe and supportive environment.

Yes, mediators are good at working with emotions. A good mediator will be adept at using the best methods of communication to ensure that the upset and emotion that is a reality when people are in dispute does not get between disputants and an outcome that is in their best interests.

Mr Gatto, please let me know when you join the ranks of accredited mediators, otherwise I might have to send my friend around to see you or ask a court to decide that your “advertisements” in the daily newspapers are misleading and deceptive!

Steve Lancken is a principal with the Trillium Group, a company specialising in resolving conflict management issues. He has assisted companies including Qantas, Pacific Brands and Australia Post with alternative dispute resolution programs.

Make me an offer I can’t refuse