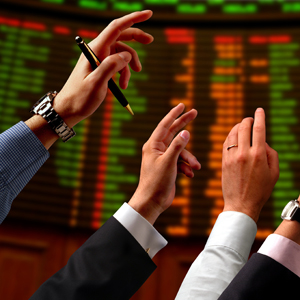 As Facebook prepares for its initial public offering in the US, it seems that not only has the social-networking phenomenon reinvented the way friends communicate, but also the way investors and companies do business. Raphael Grunfeld reports.

As Facebook prepares for its initial public offering in the US, it seems that not only has the social-networking phenomenon reinvented the way friends communicate, but also the way investors and companies do business. Raphael Grunfeld reports.

Like fellow internet giant Google in its time, Facebook was in no rush to go public. Life as a private company was cosy. No reporting requirements, no costly compliance with Sarbanes Oxley and no outside intrusion. Plenty of private capital was available from institutional investors, with $US1.5 billion coming in from a private placement run by Goldman Sachs in January 2011.

But with institutions piling into Facebook, employees exercising their stock options and because of a provision under Section 12(g) of the Securities Act of 1933 known as the 500-person rule, by the end of 2011, Facebook could no longer delay going public.

The 500-person rule compels private companies with 500 or more shareholders of record and $US10 million in assets to register with the US Security and Exchange Commission (SEC) and file current and annual reports.

There was also another SEC rule that made raising capital in the private markets difficult. Since the 1960s, the SEC has ruled that a private placement of securities will not qualify for the popular safe harbour registration exemption under Rule 506 of the Securities Act unless the issuer restricts the offering to investors with whom it already has existing relationships and does not conduct a general solicitation or advertising campaign to attract new investors.

The ban on general solicitation applies irrespective of whether the investors are high-net-worth individuals, known as accredited investors, or wealthy institutions, known as qualified institutional buyers. In order to comply with this ruling, private placements must be kept quiet and out of the public eye.

For a company as popular as Facebook this was a real challenge. So it was that, despite strenuous efforts to keep the Goldman Sachs/Facebook private placement secret, it leaked out to the media and was given extensive coverage.

Goldman Sachs became so concerned that this publicity would jeopardise the private offering exemption that it closed the door on US investors, to whom the SEC ban on general solicitation applies, and offered it exclusively to non–US investors to whom it does not apply.

Sensing that a Facebook IPO was imminent, and hoping that pre-IPO Facebook shares could be sold for handsome profits post IPO, aspiring buyers flocked to securities matchmaking websites in search of sellers.

The owners of these websites published financial information, research reports and valuation indexes concerning Facebook and its securities, provided sales documentation for buyers and sellers to use, processed purchases and sales and collected sales commissions.

With the decline of public and private offerings in the US, and high levels of redundancy, people in powerful places began blaming the 500-person rule, the prohibition against general solicitation in private placements and the requirement that online securities matchmakers register as broker-dealers as causes of unemployment.

They also agitated to make it easier for emerging companies to go public without having to immediately comply with all of the expensive requirements of Sarbanes Oxley and Dodd Frank and to exempt crowdfunding from the registration requirements of the Securities Act.

They argued that the 500-person rule prevented companies from taking advantage of crowdfunding — where multiple investors can invest small amounts online — and that the ban on general solicitation in private placements made no sense because the advertising of offerings in which they are not eligible to participate cannot harm people who are not accredited. 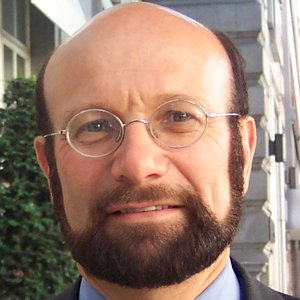 The question was also asked why a middleman, who merely matches purchasers and sellers online, should be forced to incur the expense and significant regulatory burden of registering as a broker-dealer.

With the drying up of credit in the US, it was claimed the time had come to ease the financial and regulatory compliance burdens on smaller companies that would like to go public.

All of these arguments appealed to the US President, who is concerned that the unemployment situation will derail his re-election chances later this year.

On April 5, President Obama signed into law the Jumpstart Our Business Startups Act, popularly known as the JOBS Act, which adopted many of the suggestions and reforms proposed in the Facebook pre-IPO era.

The JOBS Act requires that, within 90 days, the SEC adopt rules to eliminate the prohibition against general solicitation and advertising in private placements to accredited investors conducted under Rule 506 of Regulation D, or to qualified institutional buyers under Rule 144A.

The JOBS Act provides temporary relief to so-called emerging growth companies with revenues of less than $1 billion from several of the more onerous requirements of Sarbanes Oxley and Dodd Frank for up to five years from the date of their IPO. Emerging growth companies are temporarily relieved from the very expensive burden of complying with an auditor’s attestation report on internal controls over financial reporting.

The Act also relaxes certain restrictions on communications that normally apply around a public offering. It permits emerging growth companies to gauge investor interest in an IPO by holding meetings with accredited investors and qualified institutional buyers, by allowing banks to publish research prior to the IPO and by permitting the filing of confidential draft registration statements with the SEC while testing the IPO waters.

In connection with a private placement under Rule 506 of the JOBS Act, online platforms that connect accredited investors to start-up companies and provide other ancillary services, provided they do not charge a commission or fee for their services, do not handle investor money and only allow accredited investors to use their platform, are exempted from broker-dealer registration.

The JOBS Act also creates a new crowdfunding registration exemption to allow companies to raise a maximum of $US1 million per year from small investors over the internet. These crowdfunding investors would also be excluded from the 2000 count for public reporting purposes.

The JOBS Act is being referred to as the most significant relaxation in memory of restrictions around the IPO process, public company reporting obligations and private placements.

Significantly for Australian business, it should also make it easier for non-US companies to access the US capital markets.

Raphael Grunfeld is a partner in the Wall Street law firm of Carter Ledyard & Milburn, LLP.