Lawyer not faster than a speeding car 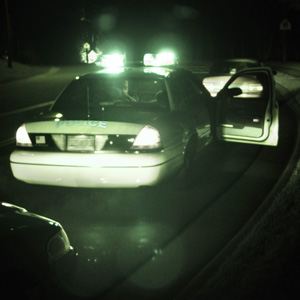 An American lawyer arrested on theft and fraud charges has come off second best after he tried to escape from a moving car.

The nicely-titled website Wink News Now reports that Sebastian John Balliro, a lawyer based in Fort Lauderdale, was arrested on 22 May.

Balliro is alleged to have cooked up a scheme to steal the identity of his law partner to fraudulently purchase vehicles.

Showing that he has a knack for wining and dining, as well as a liking of life in the fast lane, Balliro is also accused of defrauding investors in pain clinics and a restaurant.

Sensing that he was in a bit of strife when he was arrested, Balliro tried to jump out of a moving car when he was being taken into custody.

Alas, his Hollywood manoeuvre failed and the cops picked up the bruised and battered attorney and took him to hospital.

Folklaw wishes him a speedy recovery, but really, if anything is more embarrassing than being arrested it is then failing to escape said arrest by jumping out of a moving car and then landing in hospital.

This is not to be tried at home kids!

Lawyer not faster than a speeding car