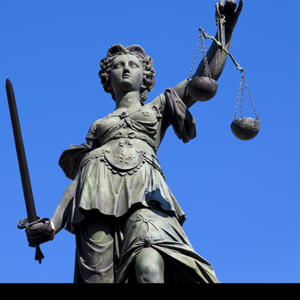 The detention of Australian lawyer Melinda Taylor and her colleagues shone a spotlight on the operations of the International Criminal Court. So what exactly is the court’s purpose and what does it do to ensure the adequate security of its staff? Simon Levett reports.

The detention of Australian lawyer Melinda Taylor and her colleagues shone a spotlight on the operations of the International Criminal Court. So what exactly is the court’s purpose and what does it do to ensure the adequate security of its staff? Simon Levett reports.

International criminal law came about in the 20th century to bring an end to impunity for the perpetrators of the most heinous crimes – such as war crimes, crimes against humanity and genocide. The idea is still the same, though the site of the alleged crimes may shift.

The world watched with relief as the delegation of four staff members from the International Criminal Court (ICC), including Australian lawyer Melinda Taylor, were released from detention in Libya on the 2 July. The four had been detained in the north-western Libyan town of Zintan while meeting with Saif al-Islam, the son of former dictator Muammar Gaddafi.

National militia accused Ms Taylor of smuggling in documents during this meeting and threatening the national security of Libya. The Libyan Transitional National Council (TNC) in Tripoli was unwilling to intervene. International negotiations by governments – including Australia – helped to break the impasse and secure the release of the four staff members.

Cooperation between states and the ICC is essential to ensure that lawyers can talk to those involved, manage evidence and ensure that the human rights of the accused are being protected. International criminal lawyers regularly undertake field trips to places like Goma, Nairobi and Tripoli for court business dependant on the cooperation of the host state.

The UN Security Council Resolution 1970 obliges Libya to continue to cooperate with the ICC (the visit by the ICC staff members could not have taken place otherwise). However, the current crisis shows strains in the relationship between the TNC – a government struggling for legitimacy – and the international community. These challenges resurfaced during the riots in regional Libya during the recent elections on 7 July.

Although much of the impetus for establishment of a permanent court like the ICC came from member states who wanted to reduce the influence of the UN Security Council, old geopolitical structures like the Security Council play a crucial role in the structure of the ICC, which lacks any mechanism such as international police to enforce its decisions.

The UN Security Council issued the following statement on 15 June. “The members of the Security Council express serious concern over the detention in Libya since 7 June 2012 of the International Criminal Court members, and urge Libyan authorities at all levels and all concerned to work towards immediate release of all the ICC staff members.”

Members of the international defence community see the role of the UN Security Council as vital. Slobodan Zecevic, counsel for defence for ICTY, former president of the ADC-ICTY (Association of Defence Counsel of the ICTY) and a former colleague of Melinda Taylor, stated at the time: “The United Nations and the Security Council should put maximum pressure on Libya, as this makes a precedent not only for a person who is representative of the defence but for any United Nations official. This is a decisive action that risks the life or well-being of many United Nations employees.”

Zecevic remarked: “At the ICTY, it was possible to report un-cooperation to the Trial Chamber, which would provide assistance according to 54bis [of the ICC Rules of Procedure and Evidence]. If a state then failed to adhere to the rules or take required action then such a state is reported to the UN Security Council for additional measures or condemnation, which is very embarrassing for the state. There was a case where a state was reported to the United Nations – the Kosovo case.”

Ultimately, it is an issue of the protection of basic human rights, Zecevic said. “Clients should be guaranteed a right to see counsel anywhere, even in Libya. They should be protected by the UN Charter – this is a protection that they are entitled to. It is not enough anymore. There is a need for a mechanism – how to conduct a legitimate job in the future.”

The TNC insist that alleged international crimes should be tried on Libyan territory instead of by the ICC in The Hague, challenging the admissibility of the cases against Saif al-Islam (as well as intelligence chief Abudullah al-Senussi). According to the principle of complementarity in the ICC statute, the ICC can only exercise its jurisdiction when national courts are unwilling or unable to exercise their jurisdiction. Given the parlous state of the rule of law under the new TNC, there have been questions as to why ICC proceedings have been resisted at all.

Peter Robinson, legal advisor for Radovan Karadzic, former president of the Bosnian Serb Republic, at the ICTY, stated at the time: “The ICC itself needs to make it clear to Libya that the immunity of its staff must be honoured. If Libya cannot be counted on to honour such an elementary principle, its admissibility challenge should be dismissed as it cannot be counted on to respect basic principles of justice. The UN Security Council should then be asked to impose sanctions on Libya until it releases the ICC staff and turns over Saif al Islam to the ICC.”

The right of access by a lawyer to the accused is a right that should be protected under the rule of law. This is a right that can be restricted and controlled but not denied. Robinson described the importance of access by ICC staff members. “An accused held in a state cannot access the ICC except through a lawyer. His case would be a one-sided farce if only the prosecution could access the court and have his views considered.”

“Before he was before the court, the pre-trial chamber [of the ICC] decided that there was enough evidence to arrest Callixte Mbarushimana of FDLR [Democratic Forces for the Liberation of Rwanda] in Congo for war crimes. When his side of the story was heard with the assistance of a lawyer, the pre-trial chamber decided there was not enough evidence to try him. That is one example that comes to mind at the ICC.”

Article 18 of the Agreement on the Privileges and Immunities of the ICC gives ICC Staff members all the privileges, immunities and facilities in the performance of their functions, including immunity from detention. The doctrine is not always respected in the field, according to Robinson. “Two years ago, a colleague of mine at the ICTR, Peter Erlinder, was arrested in Rwanda for negationism of genocide based in part on what he said in the ICTR when defending his client.”

A fair trial depends on human rights notions such as equality of arms in domestic systems. There is an evolution in the application of these principles in the international criminal courts.

The statutes of the Nuremburg and Tokyo tribunals provided a right to counsel. International criminal law entered another renaissance period decades later with the establishment of the ICTY and the ICTR. The influence of international human rights law – such as the International Covenant on Civil and Political Rights of 1966 – meant some procedural advances were made, yet there was no specific organ created in the statutes to institutionalise protection for defendants.

There has been a considerable improvement at the ICC, with the creation of an Office of Public Counsel for the Defence at the ICC resulting in increased resources and changes to the standing of the defence. The welcome release of the four ICC staff members will no doubt lead to further changes, especially where staff must travel outside The Hague on court business.