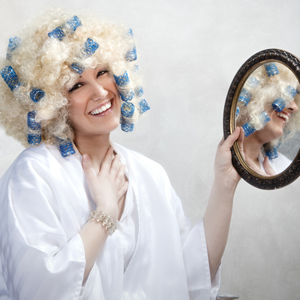 It’s not often a judicial commission recommends a judge be removed from the bench, but when you put your hairdresser in charge, you probably have it coming...

A St. Louis judge was suspended on Friday (31 August) for abdicating her judicial responsibilities to clerks, frequently showing up late and trying to cover up the fact she destroyed a court document.

What Folklaw finds most amusing is that the clerk, Whitney Tyler, was also the judge’s hair stylist.

Now, in Peebles’ defence, it really is hard to find a good hairdresser these days. So, in exchange for beautifully coiffed hair, Peebles allowed Tyler to skip traditional clerk tasks like research and administration and gave her a go at the gavel.

‘Judge Whitney’, as she became known among lawyers, would announce whether cases would be dismissed or continued and whether arrest warrants should be issued. On several occasions, she even used Peebles’ signature stamp to dismiss cases.

Now that’s the kind of clerk’s position most graduates would kill for!

Peebles had so much faith in Tyler that she often wasn’t even in the building when the clerk was handling cases, stated the Commission on Retirement, Removal and Discipline’s report.

The pair had a good thing going until Peebles returned from a two-week vacation to China last year and found public defender Chad Oliver had filed a memo complaining about the practice.

Peebles, who earns $US109,366 per year, has been suspended with pay. That should more than cover her hairdressing costs.