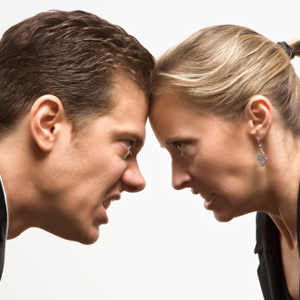 Mixing friendship and money is almost always a recipe for disaster – for proof just look at this case of two American lawyers...

Lawyers Kevin Hirsch and Rebecca Kesler of Romulus, Michigan in the US have been involved in a three-year wrangle over shares in a $US50,000 win that has brought forth accusations of lying, anti-Semitism and sanctions for frivolous arguments.

The Detroit News reported that the saga started when Hirsch emailed 20 friends with a proposition: He would try to get them on Who wants to be a millionaire? by taking an automated phone quiz on their behalf in return for a third of their winnings.

Kesler won $US50,000 but refused to share the money and claimed she never read the part of the email where Hirsch outlined that part of the deal.

Hirsch sued for breach of contract and won the case in April but Kesler is appealing.

However, what Folklaw finds most interesting about this case is the bitterness of feeling displayed between the two former friends.

In a note to the judge in April, Kesler accused Hirsch of “sour grapes” and said his claim was fuelled by “bitterness and greed”. Hirsch also accused Kesler of writing an anti-Semitic remark in a memo; however that claim was dismissed by the judges in the case.

It seems Hirsch, who has accused Kesler of throwing “basic principles of ethics and morality” out the window, is not entirely an innocent. He has also refused to settle the case a number of times and, according to Kesler, has been “unbelievably aggressive, unbelievably rude”.

One person who is sick of this never-ending saga is Judge David Parrott, who has been presiding over the case since it began in 2009. After she made yet another faulty argument in July, the judge lost his temper with Kesler and said “I’ve had it with you”.

Folklaw is not surprised the judge has lost his temper, with the case getting so ridiculous that Kesler, who now claims not to have any money as she has transferred all her assets to her husband, offering to return her winnings to the TV show rather than share them with Hirsch.

Folklaw thinks that the $US50,000 is unlikely to make up the amount the two arguing attorneys must have already spent fighting this case, and it does not look like it’s going to end anytime soon. Kesler is appealing the current ruling, while Hirsch has vowed to prove that Kesler is purposely hiding her money to prevent him from getting any of it.

Folklaw thinks The Neverending Story will have to be rewritten about this case...