Workers’ comp amendment a denial of access to justice 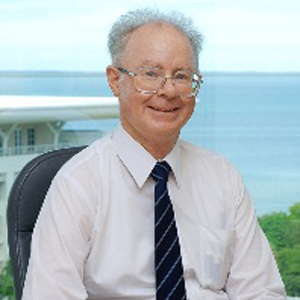 Changes to rules governing the workers’ compensation scheme in NSW will mean injured workers will have to think long and hard before pursuing a claim, writes the ALA’s Clifton Baker.

Changes to rules governing the workers’ compensation scheme in NSW will mean injured workers will have to think long and hard before pursuing a claim, writes the ALA’s Clifton Baker.

Labour Day, a public holiday that commemorates the efforts of workers to achieve the Eight-Hour Day and other advances in working conditions, was celebrated on Monday (1 October).

However, this year, it was also the day the Nile Amendment, which will oblige all injured workers that make a claim under the workers’ compensation rules to pay their own legal costs, came into effect in NSW.

Workers’ compensation was set up in NSW 85 years ago with a low-cost and accessible dispute resolution system.  The forms were simple and there were no filing fees. Disputes were dealt with promptly at courthouses across the state from Bourke to Bombala. Where a worker succeeded, the costs were met by the insurer. This was the position at common law: the loser pays.

The justice in this is evident: if a party brings or defends an unmeritorious claim, then they should be responsible for the other party’s costs. As the workers’ compensation jurisdiction was designed to be remedial and beneficial to the worker, the common law rule was modified so that the worker only had to pay the employer’s costs if the claim was fraudulent or entirely without foundation.

The practical effect of this was to ensure that any worker had access to legal advice and assistance over disputed claims, and could readily instruct a lawyer to commence proceedings if that proved necessary. Workers were protected against excessive costs by the prescription of a modest scale of costs and a provision against deduction of costs from compensation monies. Insurers were protected by rules that limited the costs payable to the reasonable and necessary costs involved in pursuing the claim, and those costs only.

Yet those sensible and rational principles were erased from the New South Wales workers’ compensation system after 25 minutes of debate in the Legislative Council on 22 June this year. The amendment was introduced by Fred Nile, who spoke for two minutes and provided no meaningful explanation of his amendment apart from reading it.  The only Government speaker was the Minister for Finance Greg Pearce, who spoke for one minute and referred mainly to dispute procedures. This ragged, inadequate and ill-informed debate concluded with the Nile Amendment being carried along party lines, with Liberals, Nationals, Shooters and Christian Democrats in favour, and Labor and Greens against.

The implications of this, entirely ignored by the proponents of the Nile Amendment in debate, are than an injured worker will have to think long and hard about pursuing a disputed claim because of the cost implications. In the case of success, legal costs have to be paid and that will impair the effective monetary benefit of the compensation recovered. This could be a powerful deterrent to a claimant, and could be a particular issue for vulnerable claimants whose claim for psychological injury resulting from workplace bullying has been denied. It also has the potential for abuse by an insurer acting unscrupulously. If these factors arising out of the Nile Amendment deter one meritorious claim, then there has been a denial of justice.

The Nile Amendment has no parallel in other Australian compensation jurisdictions. Indeed, under the Commonwealth scheme Comcare, where disputes go to the Australian Administrative Appeals Tribunal, in which costs are not normally awarded, special provision has been made for recovery of costs by a successful worker. There was no prior consultation with stakeholders on the Nile Amendment.

As a palliative to this situation, the Government announced that the Nile Amendment would come into force on 1 October but that there would be a legal review service set up. There is little by way of specific detail but it appears that the main role of this service will be giving advice, and there will be a very limited legal aid scheme where the service thinks there is merit but this is rejected by the insurer.

It will be noted that there is no guarantee of the independence of this scheme, which is funded by WorkCover, and its role appears to be quite limited. It also prevents a claimant from using the lawyer of their choice in this process. Again, consultation with stakeholders has been conspicuous by its absence.

While regional claimants have typically had good access to the workers’ compensation system through local lawyers, their options are limited further as a result of the Nile Amendment. The indication is clearly that this is a centralised, Sydney-based scheme, and regional claimants will be further disadvantaged. This has been noted by Law Society president Justin Dowd. The Australian Lawyers Alliance will be pursuing reform of this deterrent to meritorious claims and will work in cooperation with the Law Society.

The best, fairest and most practical solution would be to repeal the Nile Amendment and restore the long-established system prevailing in compensation matters for 85 years in this state.

Clifton Baker is a lawyer and academic and the chair of the Australian Lawyers Alliance NSW Branch Regional Sub Committee.

Workers’ comp amendment a denial of access to justice