Money talks in US election 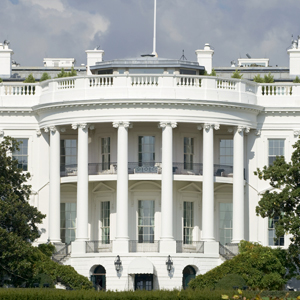 The money Barack Obama and Mitt Romney have raised, and where it has come from, tells a tale about the policies implemented and supported by both candidates in the upcoming US presidential election, writes Raphael S. Grunfeld.

The money Barack Obama and Mitt Romney have raised, and where it has come from, tells a tale about the policies implemented and supported by both candidates in the upcoming US presidential election, writes Raphael S. Grunfeld.

Lawyers have been hefty donors to both the Obama and Romney campaigns in the run-up to this year’s US presidential election race, which takes place on 6 November.

Whereas historically Democratic candidates have received financial support from the personal injury and class action plaintiffs’ Bar, Republican candidates have been supported by corporate defendants tired of what they deem to be frivolous lawsuits and punitive legislation that subjects them to multiple damages.

Plaintiff class action lawyers would rejoice to see the repeal of the Private Securities Litigation Reform Act of 1995 and the Class Action Fairness Act of 2005. The former, which was voted in by every Republican in the House of Representatives over the veto of President Clinton, curbed the plaintiff Bar’s lucrative practice of the routine filing of lawsuits against issuers of securities whenever the stock price dropped, with no regard to whether the issuer was at fault.

Rather than line up evidence before filing a complaint, plaintiff lawyers would rather sue first in the hope of dredging up evidence of some wrongdoing during a fishing expedition in the discovery process.

To reduce the number of frivolous lawsuits, which defendants often found cheaper to settle than fight, the Private Securities Litigation Reform Act of 1995 raised the level of specificity and the strength of the factual allegations that must be alleged in a complaint and prohibits discovery until a court has deemed that a prima facie case against the defendant exists on the pleadings.

The Class Action Fairness Act of 2005, signed by then-president George W Bush, expanded the jurisdiction of the federal courts over many class action lawsuits at the expense of state courts, which are thought to be more sympathetic to such claims.

It is widely known that lawyers are also active players in the 2012 election. Both parties are keeping lawyers on hand in the event of a dispute, such as the fight between Bush and Al Gore in 2000, which centered on the accuracy and legitimacy of the vote count in Florida.

In a presidential election, the voters in each US state vote for ‘electors’ affiliated with a particular political party, such as the Republican or Democratic parties. These electors make up the Electoral College, which, in turn, votes for the president, with each elector casting one vote. Each state has the same number of electors as it has Senators in the Senate and Representatives in the House of Representatives. In most of the states, known as “winner takes all” states, the political party that receives the majority of votes in that state wins all the electors in that state. Because the presidential election is decided by who wins the most electoral votes, the accurate tallying of votes cast in states with a large number of electors and with a population evenly divided between Democrats and Republicans is crucial.

In the 2012 election, the legal battle in the courts may also focus on the validity of voter identification laws. In an attempt to limit voter fraud, Republican-led state legislators have initiated laws requiring photo identification to be produced before the casting of one’s ballot. In the absence of any legal requirement to carry national identification cards in the US, the Democrats view these initiatives as a possible disenfranchisement of elderly and minority groups, who do not have a driver’s license, passport or other form of identification, and who would otherwise often vote for the Democratic party.

Prior to 2010, corporations were prohibited by a section in a law, known as the McCain-Feingold Act, from spending corporate money on any form of public advertising within 60 days of a general election. But the Supreme Court, in a seminal decision in 2010, struck down the relevant provision of the McCain-Feingold Act on the grounds that it violated the right to free speech and permitted corporations, associations and unions to spend their own money on such advertising, provided they did not actually send money to the campaigns themselves or coordinate their advertising activities with them. Another court decision by the D.C. Circuit Court of Appeals in 2010 abolished the $5000 limit on individual donations to entities engaged in such political advertising activities.

These decisions led to the creation of a certain kind of Political Action Committee, referred to as SuperPACs, which can solicit unlimited funds from individuals and corporations to fund electioneering communications, such as television advertisements or movies, that either support or oppose candidates. This opened the door for individuals such as Sheldon Adelson, the gambling entrepreneur, to make large donations, and for the former George W Bush adviser Karl Rove to raise tens of millions of dollars for Republican SuperPACs.

During this election cycle, several high-profile law firms have been hired by SuperPACs and election campaign offices to make sure that their funding practices do not overstep the tricky and shifting legal limits of election finance.

The oil and gas industry has been a major supporter of Romney during this election. The industry has been critical of Obama’s anti-air pollution standards and limitations on drilling and the laying of pipelines in the US. Coal miners, who were strong supporters of Obama in 2008, are sitting on the fence in 2012, unhappy with Obama’s lack of support for the coal industry and his promulgation of new rules limiting pollutants in coal plants. Coal sentiment may well play an important role in swing states such as Ohio and Pennsylvania.

The oil and gas industry has been far friendlier to Romney, who has supported aggressive expansion of drilling in the US, including the Atlantic Coast, and has criticised Obama for the time it takes the federal regulators to grant drilling permits. As a result, Romney has advocated the transfer of regulatory power over the oil drilling industry from the federal government to the state governments that grant permits more expeditiously.

Although the Obama administration has guaranteed billions in loans to the wind and solar power industry, clean energy advocates have not been large contributors to the Obama campaign. They have been disappointed by his failure to do more on their behalf. The Obama administration’s disinclination to invest more in clean energy may be due to a general feeling of embarrassment over the Solyndra solar cell company, which went into bankruptcy soon after it received a half a billion dollars in federal loans.

Although Obama has indicated support for the gas drilling method known as hydraulic fracturing, activity on that front has been stymied by the many environmentalists who oppose it on the grounds that it may cause damage to the water supply.

Obama’s landmark Affordable Care Act has dramatically reshaped healthcare in the US. Although the healthcare insurance companies would have been happier without any reform, they have seen fit to cooperate with Obama. They did so because they like the idea of additional revenues flowing into their coffers from the premiums that millions of previously uninsured Americans will be obliged to pay to purchase mandatory health insurance under the new law.

The healthcare insurance companies have also been generous donors to Republicans who oppose and threaten to repeal the law. This is because, as much as they like the millions of additional customers the law will bring them, they equally dislike the financial burden of having to extend coverage to persons with pre-existing medical conditions, which the law mandates, starting in 2014. They also dislike the provisions in the law that mandate that a higher percentage of each insurance premium dollar received be spent directly on the patient’s health, rather than on the insurer’s administrative costs. They reckon that an increased presence of Republicans in Congress might dilute these less desirable elements in Obama’s healthcare reform.

The healthcare industry really is faced with a Hobson’s choice because, although Romney has vowed to repeal the Affordable Care Act, he has also indicated support for the law’s popular policy on pre-existing conditions.

In contrast to the 2008 election, when employees of the financial industry backed Obama, this time around they are rooting for Romney, giving him more than twice the amount of money that they have given to the Obama campaign. Obama’s reference to the Wall Street bankers who backed him in 2008 as “fat cat bankers” has not exactly endeared him to them this time around. What happened at Goldman Sachs is a good illustration of the disaffection of a large part of the financial industry with Obama. In 2008, Goldman Sachs employees donated more than $US1 million to Obama’s campaign. This time, they have given the president’s campaign less than $US200, 000, while giving Romney’s campaign about $US1 million. Blackstone private equity CEO Stephen Schwarzman and renowned hedge fund managers like John Paulson and John Singer have weighed in as fundraisers for Romney.

Much of this sentiment can be attributed to the Dodd-Frank Act, which has dramatically increased scrutiny of the private fund and hedge fund industry, subjecting fund managers to the Securities and Exchange Commission registration, inspection and reporting requirements, including the extensive Form PF, which requires managers of private funds with assets under management of at least $US150 million to disclose sensitive and often proprietary information so that the regulators can monitor the risks that they pose to the financial sector.

In addition, banks predict losses in the millions due to Dodd-Frank’s Volcker Rule, which restricts them from engaging in proprietary trading, betting their own money in the market or investing in private funds or hedge funds. In addition, many lenders feel threatened by the power of the Federal Deposit Insurance Agency, which will oversee the liquidation of any private fund whose possible failure may cause a systemic risk to the economy and which has the authority, under certain circumstances, to ignore up to 10 per cent of secured loans. Meanwhile, Romney has called for a revision of the Dodd-Frank Act.

Private equity has also cooled toward Obama after he voiced criticism of Romney’s work at Bain Capital and called the mass firings of employees an integral part of private equity’s business model.

But there is one group of donors that has been particularly pleased by the Dodd-Frank Act. Lawyers representing whistleblowers have raised more than $US3 million for the Obama campaign. Dodd-Frank expanded the whistleblower program, whereby employees who inform the government of legal infractions by their employers receive high awards from the government. Whistleblowers have received as much as $US100 million per award from the government, with a considerable amount of that money going in fees to the lawyers representing them.

It looks like this will be a hotly-contested election, with the issue of jobs at the forefront. The central question on undecided voters’ minds is whether to give the incumbent president four more years to move the economy into the black from the brink of bankruptcy where he found it when he first took office, or whether to follow Clint Eastwood’s famous advice at the Republican Convention that “when somebody does not do the job, we got to let ‘em go.”

Money talks in US election