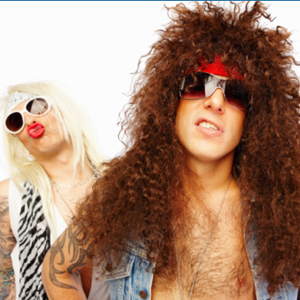 Anyone wanting to see lawyers and other corporate types release their inner rockstar should head to Perth CBD’s Central Park this evening (2 November) for the 4th annual Perth Corporate Battle of the Bands.

Anyone wanting to see lawyers and other corporate types release their inner rockstar should head to Perth CBD’s Central Park this evening (2 November) for the 4th annual Perth Corporate Battle of the Bands.

The charity event, which this year is raising money for the charity Strike a Chord, is organised by Gadens dispute resolution partner Roger Blow.

“It’s not purely for lawyers but there is quite a legal angle,” admitted Blow when speaking to Lawyers Weekly from Perth. “I’ve always harassed any firm I’ve been with to put a band in ... and a fair number of barristers over the years have made an appearance on stage.”

Blow established the annual battle four years ago and will take part in this year’s competition as part of Gadens’ entry, Savage Gaden.

“I think that’s the best one we’ve ever come up with,” he said, referring to the band name.

Blow admitted that the setting up of the battle of the bands “was not so much of a Bob Geldof thing initially”.

“[When I worked] at Mallesons [now King & Wood Mallesons], we’d just done a Christmas party and put a band together for that. We had such a good time playing I didn’t want to wait until next Christmas to play again ... so I thought if we had a battle of the bands with other companies we’d get to play again.”

Blow said the event aims to give “normally much quieter, corporate types from the city [the chance to] get to live a different life onstage as rockstars, even if just for one night”.

“Think of U2 in their concerts, not quite as big but that’s what we’re trying to achieve anyway,” he said.

However, the emphasis of the event is very much on raising money for charity, Blow added, revealing that this year they have raised around $15,000 for Strike a Chord, which is an organisation that aims to inspire seriously ill or disadvantaged children with the gift of music.

The bands, which will perform four songs each, will be judged by an elite panel of judges and up for grabs is the coveted Central Park Battle of the Bands trophy, as well as, more importantly, bragging rights.

Despite his enjoyment of taking to the stage, Blow said he doesn’t plan to hang up his suit to take to the road as a rockstar anytime soon...

“If I could ensure that I could make the same financial benefits from being a rockstar or events promoter it would be tempting but I don’t think that’s likely” he said, before adding that if there are any offers “I’m always on the end of a phone”.

Perth Corporate Battle of the Bands, which will be MC’d by former Australian Idol contestant and WA native Courtney Murphy, kicks off in Central Park from 5.30pm. There will then be an after-party in the neighbouring Ecucina restaurant. All are welcome and further information can be found here.