Ethical lessons: The case of the PM and the unions 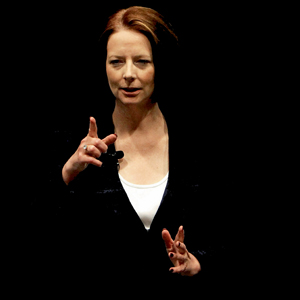 The controversy provoked by the actions of Julia Gillard in relation to advice she gave a former boyfriend when she was a partner at Slater & Gordon has lessons for all lawyers and firms, writes Ysaiah Ross.

The controversy provoked by the actions of Julia Gillard in relation to advice she gave a former boyfriend when she was a partner at Slater & Gordon has lessons for all lawyers and firms, writes Ysaiah Ross.

There have been numerous articles written about the actions of Prime Minister Julia Gillard in 1995 when she was a partner with Slater & Gordon. The focus of the discussion has been on her failure to open a file for the legal work she did for her boyfriend, Bruce Wilson, an officer of the Australian Workers Union (AWU), and her failure to tell her firm and the AWU, a client of the firm, that she was doing this work for him.

Gillard and other firm lawyers had given legal advice to the AWU.

There was a meeting with Gillard and two of the partners on 11 September 1995 concerning her actions. Edited extracts from the transcript of this meeting reveal that Gillard admitted to not opening a file and said her reason was that she did not intend to charge on it, as she had done previously for several small legal matters for unions. She said: “This was a more substantial job … and really [it] ought to have been opened on [the] system, but … apparently I didn’t.”

The firm did not dismiss her because they found that there was insufficient basis for a finding of misconduct. She did leave the firm soon after. The union did not find out about her actions until the following year and eventually Slater & Gordon lost the AWU business account.

It should be noted that there is no allegation that Gillard committed fraud. In fact, she seems to have not known about the later actions of Bruce Wilson in relation to his use of the funds that had been collected.

Gillard’s role was to advise the AWU concerning the establishment of a Workplace Reform Association to deal with safety issues. But her advice to Wilson, as revealed in the transcript, concerned the setting up of a slush fund that was to be used for the re-election of AWU officials, including Wilson.

By the time of the 1995 meeting she was no longer involved with Wilson.

The main issues concern her professional ethics. They are relevant to her actions, general principles concerning conflict of interest, duty to communicate, and competence and care. These principles were in existence in 1995, but it is still necessary to properly deal with these issues by looking at the rules and statutes at that time. We can then look at what the ramifications of her actions are for legal practice today.

The most obvious ethics issue is whether there was a conflict of interest. As the Bible says: “No man [or woman] can serve two masters”. In equity law a lawyer has a fiduciary duty to his or her client. The lawyer has to have an undivided loyalty to the client. This means that a lawyer cannot give legal advice to a client whose interests may conflict with the interests of another client of that lawyer.

There is an exception to this rule: when both clients are informed of the situation and agree to allow the lawyer to continue to act. This did not happen in the Gillard matter, as there is evidence that the AWU did not know about the advice being given to Wilson.

This scenario assumes that there were two clients. Since there was no file opened it is unclear whether she was receiving instructions from Wilson in his capacity as an officer of the union or in a personal capacity. If Wilson told her that he was acting under authority of the AWU then no conflict arises. The fact that other officials of the AWU did not know about the matter would make no difference to Gillard’s situation as she would be under the belief that she was only representing the union. Even if Wilson was acting without authority but she did not know, she would not be responsible for a conflict. If she did know that Wilson did not have the authority, we would then have a breach of the conflict rules.

Without a file we can only guess, but it seems from the events that followed that it is likely Wilson was receiving advice to be used for his own personal benefit. If that is the case and Gillard knew that, then a breach of the conflict rules may have taken place.

A second issue concerns the duty to communicate. It appears Gillard failed to keep her client, the AWU, informed of her dealings with Wilson. In 1995 in Victoria there were only general rules on client care.  The relevant statute, the Legal Profession Practice Act 1958, did not have specific rules on keeping a client informed. This changed the next year under a new act, the Legal Practice Act 1996, ss 86-103. These specific provisions required practitioners to keep clients informed, which included the existence of a possible conflict of interest with another client.

In 1995, other jurisdictions such as Western Australia and South Australia had general principles on keeping clients informed. The Queensland Solicitors’ Handbook in 1993 also adopted a client-care rule on keeping clients informed and the NSW Law Society had adopted a similar rule that came into effect on 1 January 1996. It can therefore be argued that even though Victoria did not have such a rule, Gillard arguably should have kept the AWU informed since it was then a generally recognised rule in Australia.

The third issue concerns competence and care and conflict of interest. It is unclear whether Gillard was in a de facto relationship with Brian Wilson. But it appears that at the time of giving the advice they did have an intimate relationship. Although lawyers can act for their spouses and de facto partners, many choose not to. If the client is only a boyfriend it would be even wiser not to act. The lawyer is usually in control but being in a relationship can interfere with the normal lawyer-client relationship. It can lead to the lawyer losing his or her objectivity, resulting in inaccurate advice and even a breach of the duty to the court.

Hollywood films have shown this situation many times in a sexist manner by invariably using a female lawyer. An abusive sexual relationship with a client in a recent 2009 Western Australian case, Legal Practitioners Committee v Pepe, led to the practitioner being struck off. She breached her duty to the court by seeking to influence another client, who was a witness, not to testify against her lover in a criminal case. In Gillard’s situation there is no information as to competence of the advice but, by acting for Wilson, it can be argued that a conflict of interest was present.

Even if Gillard had been found guilty of any of the ethical breaches we have discussed, I believe that in 1995 her actions would not constitute serious misconduct. The 1958 Act defined ‘misconduct’ in s 2A to included (a) wilful or reckless contravention of the Act, rules or regulations there under; … (d) a failure in performing any professional work which constitutes a gross breach of a solicitor’s duty to a client or the court; … (f) repeated standards breaches that would be regarded by a solicitor in good standing as showing a serious and continued disregard for proper professional behaviour.

A standard breach is defined as conduct that is ‘unacceptable or unprofessional behaviour’. It would appear that the alleged breaches by Gillard would fall into the category of a standards breach and she would have received a minor penalty if the breaches were proven.

The lessons from what happened in 1995 are:

1. It is necessary to open files for all clients;

2. Clients need to be regularly informed on developments related to their situation;

3. It should be established who the client is;

4. Every firm needs a conflict committee and/or software to deal with the problem.

Failure to implement these suggestions can lead to losing valuable clients, a dent to a firm’s reputation and possible professional discipline for the solicitor involved.

* Please note that George Brandis is a Senior Counsel, not a Queen's Counsel

Ysaiah Ross is the author of Ethics in Law (5th edition) and was a teacher of legal ethics for 27 years.

Ethical lessons: The case of the PM and the unions