Is work driving you crazy? 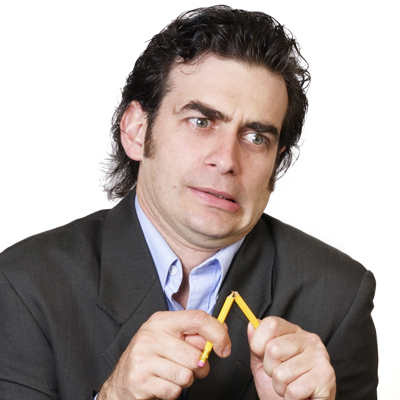 Does your law firm colleague exude confidence or seem slightly on the ambitious side? Do they love making executive decisions and slamming juniors?

If you answered yes to those questions, tread carefully, because it’s possible you could be in the company of a psychopath.

Now, Folklaw doesn't wish to alarm anyone but, according to a new book, your “super boss” could be about to mentally destroy you. Psychopaths, the book argues, gravitate towards and thrive in professions that require cut-throat decision making and offer power.

Lawyers are second on the ‘most likely to be a psychopath’ list, with only CEOs ranked higher.

Think of all the objective, clinical decisions the lead partner was making on that debt hybrid capital raising. The corporate group in private practice would appear a perfect incubator for a budding psychopath. Opportunities abound in auto finance-backed securitisation deals for lawyers to undermine their colleagues and “mentally destroy” others, especially those poor graduate lawyers, to feed their own yearning for power and domination.

Psychopaths apparently don’t feel any guilt over their actions but rather quite enjoy the suffering of other people. They often exhibit anti-social behaviour and callousness …sound like anyone in the office?

Somehow, Folklaw is not entirely comforted by that fact.

According to the book, The Wisdom of Psychopaths: What Saints, Spies, and Serial Killers Can Teach Us About Success, you might want to watch your back at your next board meeting or work Christmas party.

Also, if you notice anyone with impaired smell ability, be on guard. Researchers at Sydney's Macquarie University recently discovered that psychopaths have a remarkably poor sense of smell. Could be dangerous…

In contrast, professions that involve empathy and human interaction are likely to be psychopath free.

Is work driving you crazy?