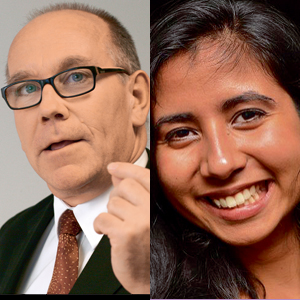 Should judges be appointed as mediators? Legal practitioners are arguing on both sides of the debate, write Steve Lancken and Ashna Taneja.

Should judges be appointed as mediators? Legal practitioners are arguing on both sides of the debate, write Steve Lancken and Ashna Taneja.

What’s in a name? That which we call a rose, by any other name would smell as sweet.”

In that famous quote from Shakespeare, Juliet wants to reassure Romeo that it is his personal character and beauty that define him; not his name. The analogy is simple and powerful.

There also exists a healthy opposition to judicial mediation. Sir Laurence Street (who has worked as both a judge and a mediator) speaks strongly against the concept, as does respected academic David Spencer, who says: “Judicial mediation is a contradiction in terms. Judges are supposed to judge (not mediate), to apply law (not interests), to evaluate (not facilitate), to order (not accommodate), and to decide (not settle).”

The discussion is important because the prospect of judges mediating cases has the potential to impact the practice of mediation.

The judicial system is not (nor was it designed to be) the primary mechanism by which disagreements are resolved. History demonstrates that more than 90 per cent of cases filed in our court system have been resolved through processes other than judicial determination. ‘Alternative’ ways of resolving disputes are in fact the norm and court determination is the alternative if those methods don’t work.

ADR plays both a primary role in our justice system and a complementary role to litigation by resolving disputes quickly, which may save court resources, as well as litigants’ time and money. ADR puts the parties in control of their outcomes and minimises damage to relationships that would most likely further falter through adversarial litigation processes. Do we really want to risk that value of ADR by having it confused with judging?

Risks occur when judges are appointed as mediators. The concern of Spencer and Street is that if judges play an active, interventionist role in seeking settlement (by acting as mediators), then not only is the vital role they play as final decision makers diminished, but also that judicial intervention disempowers those who may want to make their own decisions. The discussion we need to have is whether these risks outweigh the benefits, not whether judicial mediation is inherently good or bad.

The benefits described in points [1] and [2] are benefits of mediation in general, can be achieved by private ADR providers and are not specific to the practice of judicial mediation.

The key difference that exists is contained in the category of arguments in favour of judicial mediation, which suggest that judges can and should use their ‘credibility and respect’ to achieve settlements.

Supporters of judicial mediation say the element of respect can be of significant assistance in securing cooperation in the process and willingness to consider options for settlement.

And we can hear the scream (mostly of mediators) that in mediation people should not be influenced in their decision-making by the mediator.

There is research internationally that supports the concern that judges, when engaged in mediation, use power or influence to promote private settlements. For whose benefit are they exercising that power?

If it is for the benefit of the parties then there is an assumption that judges know best what is good for litigants. That is an assumption that can only be supported by a paternalistic view of society that suggests that appointment to the role of judge qualifies that person with a special wisdom about commercial and personal needs and interests of disputants. The proposition only needs to be stated to be exposed as absurd given the (usually) limited business experience of senior lawyers.

Judges should judge. They smell a particular way.

Even if we call them mediators, judges smell the same and research demonstrates they will act in the same way. That means they are not mediators even when they are conducting judicial mediation; they are judges, and the different processes of dispute resolution risk confusion.