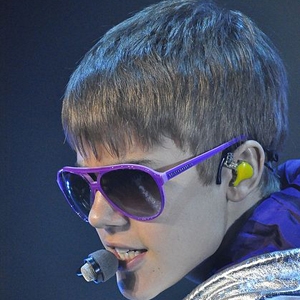 It may be hard to imagine, but Folklaw was once a teenager, full of the obligatory angst and wanton bouts of frenzied excitement.

It may be hard to imagine, but Folklaw was once a teenager, full of the obligatory angst and wanton bouts of frenzied excitement.

So, it has been with keen interest that Folklaw has been following one woman’s mission to take down the current prince of pop, Justin Bieber (pictured), a peg or two.

Last year, the Huffington Post reported that the woman, whose name is Stacey Betts, had filed a $US9 million lawsuit against Bieber, accusing the Baby singer of giving her ear damage after she attended one of his concerts with her daughter in 2010.

Betts claimed that the “heart-shaped aluminium/steel gondola” that lifted Bieber above the audience “created a wave-like effect of screaming by pointing into various sections of the arena”.

As a result of the sound blast, Betts said she suffered tinnitus and hyperacusis - ringing in the ears and hypersensitivity to sound.

She also claimed that the Canadian crooner made things worse by “enticing the crowd into a frenzy of screams by continuously waving his arms in a quick and upward motion”.

However, fear not loyal Beliebers, according to TMZ, Betts has now dropped the lawsuit as she could not find a lawyer to take it on (really?) and moving the case forward on her own was proving difficult.

However, she reportedly stands by her claims.

Meanwhile, Paul Samakow, a US attorney writing in the Washington Times, has given his two cents on the episode:

“Legally, this suit will fail. This is a “tort” case, where she must establish that the defendants owed her a duty, specifically to protect her hearing. She will fail in this element. Even if she somehow manages to squeak by on this matter, she will lose because of the affirmative defence of assumption of the risk. When was the last time you went to a rock concert that was quiet?”

Hmm, Folklaw is sure Samakow is an excellent lawyer but he may be violating the trade descriptions act by referring to a Bieber show as a rock concert...