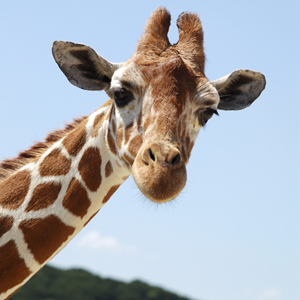 So, an elephant walks into a giraffe house...

Diehard delegates who stuck around for the final session of the Women Legal 2013 conference held in Sydney last week (31 January) eagerly awaited the punch line.

But diversity is no joke, according to Fiona Krautil, principal of Diversity Knowhow and former head of the Equal Opportunity for Women in the Workplace Agency. During her presentation on The Best Law Firms for Women, Krautil earnestly asked her audience to close their eyes and imagine their firm or organisation was a house built to the specifications of a giraffe.

Then, one day, the all-giraffe management hired an elephant.

Folklaw could see where the story was going and didn’t appreciate being likened to an enormous beast. But, Folklaw’s weight sensitivities aside, Krautil’s message came through loud and clear – firms weren’t built with diversity in mind. Her story was also a hit with attendees, with one firm manager expressing her appreciation for what she described as an “enlightening analogy”.

Krautil explained that, in the real world, firms need to modify the giraffe house (firm) to get talented elephants (women) into leadership roles.

Krautil went so far as to claim that the culture of law firms needs to shift from being an environment for “Anglo white men who had a partner at home” to one that breeds diversity.

“The diversity dividend in your firms is if you can create a house where both the giraffe and elephants can grow,” she added.

Folklaw hopes that Krautil’s vision is realised. But can old dogs learn new tricks? We’re not going to count our chickens before they hatch...