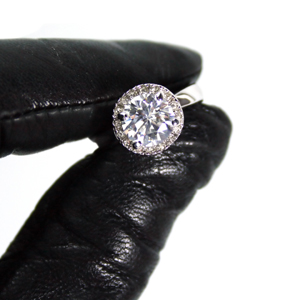 In films, jewel thieves are sexy; however, in real life, they’re just criminals...

A bizarre tale has emerged about a law student in the US who allegedly also fancied himself as someone who should have had a leading role in The Thomas Crown Affair.

According to Above The Law, Jeff Rosenspan (who resembles neither Pierce Brosnan nor Steve McQueen) started studying at Baylor University Law School in Texas after Christmas, where apparently his fellow classmates found him a little “strange”, and also wondered why he was attending law school in Texas when his wife and child lived in Boston and he flew back there to see them frequently.

The frequent flying all got a bit much for Rosenspan, so he decided to ditch law school after a month and head back to Boston. His sudden departure led to some of his classmates hitting the Google machine, where they discovered some interesting headlines from Massachusetts...

The wannabe lawyer was charged in August last year with allegedly stealing and trying to sell a diamond ring.

According to Above The Law, the then 30-year-old approached two jewellers attempting to sell the ring.

In both cases he was wearing a surgical mask, using a cane and claiming to have cancer...

Yikes, pretending to have cancer; keep it classy dude!

Investigators in the Massachusetts town of Newburyport.said they found the ring, the mask and the cane in Rosenspan’s car, and nine other diamond rings when they arrested him.

Baylor Law School told Above The Law that Rosenspan is no longer enrolled there.

Folklaw thinks some of these US law schools really need to get some stricter entry requirements...

Last Updated: 07 March 2013 Published: 07 March 2013
The Women in Law Awards is the benchmark for excellence, recognising the empowering women influencing the Australian legal profession, celebrating the female leaders, role models and future champions of the industry. Register for the waitlist today for the opportunity to attend this remarkable awards ceremony and network with top legal professionals and fellow peers.
Visit womeninlaw.com.au