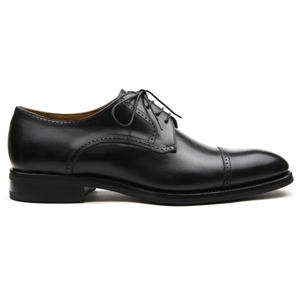 A court appearance by a former Pakistani dictator prompted one angry lawyer to hurl his shoe in protest.

The website NDTV reports that the former Pakistani dictator Pervez Musharraf dodged the shoe when appearing in court in an application to extend his bail over a string of charges, one of which relates to the assassination of former Pakistani prime minister Benazir Bhutto in December 2007.

The shoe thrower, lawyer Tajammul Lodhi, hurled his loafer as Musharraf was arriving in court. It missed, and he was nabbed by the cops.

Lodhi was one of around 20 protesting lawyers, with no love lost between the judiciary and the former army general, who ruled Pakistan from 2001 to 2008.

During his presidency, Pakistani lawyers took to the streets to protest against judicial sackings and the erosion of Pakistan’s constitutional democracy under Musharraf’s military rule.

Folklaw, which doesn’t have any spare shoes to hurl, even if it wanted to, applauds the action of the now one-shoed lawyer as he takes his place on the honour role of hardy folk who are willing to risk shredded socks and stinky feet to make a point.

George W. Bush showed a sleight of hand that comes with drafting dossiers on weapons of mass destruction when he dodged a shoe thrown by an Iraqi journalist in 2008.

His good ol’ mate, “man of steel” John Winston Howard, also missed a leather missile from the late activist Peter Gray on the ABC program Q&A in 2010 when that show still had an edge to it, rather than provide an unwelcome forum for posturing politicians, media commentators and tiresome tweeters.