M&A in the USA 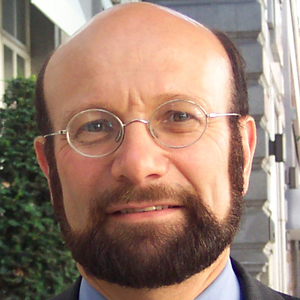 What will influence deal activity in the US this year? Raphael Grunfeld examines the tax laws, government regulation and new concessions that M&A lawyers should have on their radar.

What will influence deal activity in the US this year? Raphael Grunfeld examines the tax laws, government regulation and new concessions that M&A lawyers should have on their radar.

M&A deals in the US remained tepid in 2012 due to the uncertainty surrounding the presidential election and fiscal cliff negotiations. Meanwhile, prices for portfolio companies were driven beyond reasonable levels by too many private equity firms chasing too few deals for low money. The bullish US stock market added fuel to the fire with valuations soaring even higher in the first quarter of 2013.

Although it is likely that the trend seen in 2012 will continue in 2013, several significant factors, such as possible changes to the US tax code; increased government regulation; the relaxation of legal restrictions around fundraising, and the pressure facing funds to either invest or return limited partners’. money may affect the number and nature of deals concluded in 2013.

Discussion in the presidential debates about Mitt Romney’s tax breaks has focused public attention on the taxation of profits made by private equity managers, which is known as ‘carried interest’.

Managers of private equity firms generally receive 20 per cent of the net profits from the sale of their portfolio companies after the fund has repaid limited partners their capital plus an eight per cent return on their investment. This 20 per cent carried interest has traditionally been taxed as capital gains, rather than as ordinary income, resulting in a tax rate of 15 per cent rather than 35 per cent. The justification for this is that the contribution of a general manager’s skill, time and knowledge in running the private equity fund and providing it with investment advice is no less valuable than the hard cash contributed by the limited partners. The argument against it is that general managers do not risk their own money in the venture but simply provide professional services, and therefore payment for these services should be taxed at ordinary income rates just like other professional services.

One reaction to the threatened tax increase on carried interest could be a private equity rush for exits to take advantage of the current favourable tax rate.

In addition to the looming tax changes, private equity is faced with burgeoning new regulations imposed as a result of the 2008 financial crash and the US Treasury’s showdown with UBS over secret bank accounts. The costs of compliance with the Dodd-Frank Act and the Foreign Account Tax Compliance Act (FATCA) may add to the economic burdens of the private equity industry and shave its profit margins.

FATCA is intended to prevent US persons from using offshore investments to evade US federal income tax. FATCA imposes onerous administrative obligations on foreign financial institutions (FFIs), including foreign private equity funds. It requires such a fund to become a ‘participating FFI’ by entering into an agreement with the IRS. Under this agreement, the fund undertakes to obtain information from its investors to identify US persons, report to the IRS certain identifying information about each US account it locates and comply with specified verification and due diligence procedures relating to its investors. An FFI that fails to become a participating FFI by 30 June 2013, or fails otherwise to comply with FACTA, must withhold 30 per cent US tax on any US-source dividends, interest or proceeds from the sale of US securities otherwise payable to fund investors.

In a case where the FFI is FACTA compliant, but a particular investor refuses to provide the information required by FACTA, the FFI must withhold the 30 per cent tax from the recalcitrant investor and, ultimately, close that account. In many cases, the 30 per cent withholding tax is nonrefundable.

All of this may result in investors turning their backs on private equity funds, with US investors or investments thereby restricting the supply of funds that fuel US M&A.

In addition to FATCA, the Dodd-Frank Act has also increased the regulation of the private equity industry. The Dodd-Frank Act requires all managers of most private funds with assets under management in the US of $150 million or more to register and report as an investment adviser with the SEC on Form ADV. The Act imposes new recordkeeping and reporting requirements on fund managers. It also subjects managers to SEC examination and eliminates the exemption from SEC registration previously relied upon by managers with 14 or fewer clients.

In addition, a new SEC regulation adopted in 2011 requires investment advisers that advise one or more private funds and have at least $150 million in private fund assets under management to file a Form PF (Private Fund) with the SEC for the purposes of reporting information pertaining to systemic risk. Both Form ADV and Form PF require private equity firms to disclose an abundance of sensitive information that funds have typically been reluctant to reveal.

Furthermore, in the wake of the Dodd-Frank Act, the Commodity Future Trading Commission (CFTC) has eliminated a key exemption from registration under the Commodity Exchange Act and the rules of the CFTC, on which most private funds with high net worth investors had relied. Accordingly, a person who solicits money from others for investment in a private fund that trades in commodity interests, even if only in a limited hedging capacity, must now register as a Commodity Pool Operator (CPO) of the fund. Those who advise others about trading in commodities must register as a Commodity Trading Adviser (CTA). Both CPOs and CTAs must comply with various disclosure, recordkeeping and ethics training obligations imposed by the CFTC and the National Futures Association; and associated persons of the CPO and CTA must pass various proficiency exams. CPOs and CTAs are required to file systemic risk reporting forms for the assets of each fund they advise, giving similar information to that required by Form PF. The financial statements included in their reports must be certified by public accountants.

While the past year has seen increased regulation for the private equity industry, concessions have been made in other regulatory areas making it easier for private equity funds to raise capital. Significantly, the Jumpstart Our Business Startups Act, popularly known as the JOBS Act, requires the SEC to adopt rules to permit the use of general solicitations and general advertising in offerings made under Rule 506 of Regulation D to accredited investors, as well as resales under Rule 144A offerings to qualified institutional buyers (QIBs). The issuer must take reasonable steps to verify that all purchasers are either accredited investors in a Rule 506 sale with general solicitation, and the seller must reasonably believe that all purchasers are QIBs in the case of a Rule 144A resale. Once the SEC amends these rules, private equity funds will be able to reach out publicly to QIBs and accredited investors through the internet or other mass means of communication, and will no longer have to restrict their communications to a one-on-one basis.

The JOBS Act also created the crowdfunding exemption, which permits a private company to raise up to $1 million over a 12-month period without having to comply with the Securities Act of 1933 registration requirements, provided that certain criteria are met. Investors qualifying for this exemption are limited to certain prescribed maximum investment amounts. The issuer must file certain information with the SEC and provide audited financial statements for offerings targets over $500,000.

The JOBS Act is significant because it means there may be more money flowing into the private equity industry and more deals in 2013 if the SEC adopts and implements the proposed rules.

Private equity firms are sitting on over $1 trillion, which is earning very little interest. They have been hesitant to invest this money due to the climate of uncertainty over the past few years. Under the terms of the fund agreements, if monies are not invested by a certain date, they must be returned to the limited partners. This means loss of fees and prestige for the fund managers, which puts them under great pressure to go elephant hunting and invest in mega-transactions so as to meaningfully reduce their inventory of dry powder. One of the first of these mega deals in 2013 was the purchase of H.J. Heinz by Berkshire Hathaway for $23 billion.

Conflicting signals as to the level of M&A transactions make reading the tea leaves for private equity in 2013 no easy task. Based on the rise of mega deals in the first quarter of the year, many are predicting an increase in M&A activity in 2013. This activity however, may evaporate once the dry powder is spent. In any event, it will have little effect on the pace of M&A in the middle market.

Raphael Grunfeld is a partner at the New York law firm Carter Ledyard & Milburn LLP. Jennifer Einersen, an associate at the firm, assisted with this article.

M&A in the USA