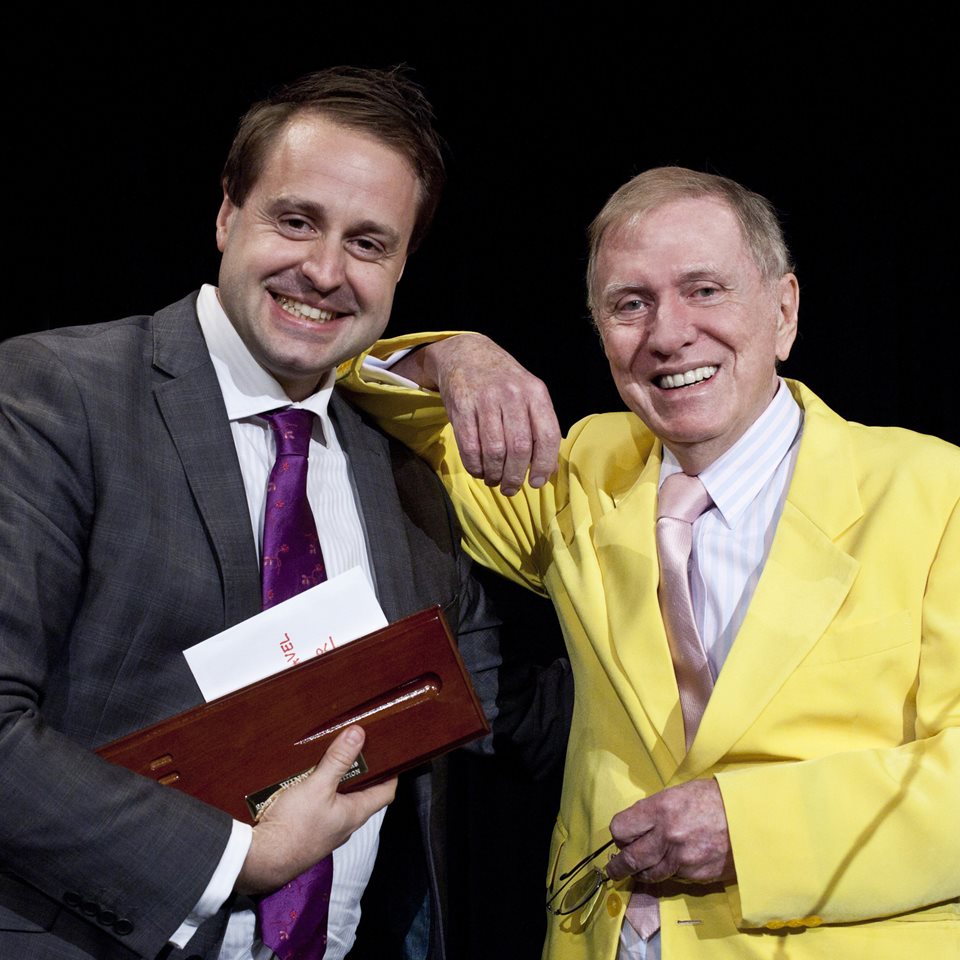 Past membership of the One Nation party, alcoholics anonymous and your Year 10 rock Eisteddfod are better left off your CV, but throw them in a Golden Gavel speech and you have a winner.

ABC lawyer Grant McAvaney (pictured left) had a crowd of 700 in stitches, and former high court judge Michael Kirby (pictured right) taking notes, on Friday morning (May 17) at the NSW Golden Gavel Final in the Westin in Sydney.

His practical speech on the topic: I saw his face, now I’m a Belieber – and other things not to list on your résumé, warned of the pitfalls aspiring lawyers should avoid when applying for a job.

“Avoid [mentioning] alcoholics anonymous; remember, they want to think that you will act like a drunken tool at Ryan’s Bar with the rest of them,” said the 35-year-old former Minter Ellison partner.

And, when it comes to listing your interests, he cautioned: “Stay well clear of ‘theatre improvisation champion’, ‘snake and reptile enthusiast’ and, the big one, reading international law reports.”

Kirby, who presided over the competition this year, praised McAvaney for an on-topic delivery.

Having had only 24 hours to prepare a five-minute spiel, McAvaney said he feared his jokes would be met with silence and the sound of breakfast plates clanking.

“That would have been horrendous … It’s when I got the first big laugh that I actually started to relax a bit more,” he said.

The former University of South Australia lecturer and sometimes MC harboured a particular loathing for Justin Bieber and declared that if that “pretty-faced, pip-squeak King Joffrey lookalike” can become a famous millionaire, then young lawyers can stretch the truth.

Competition was fierce from the 10 other speakers, including foul-mouthed Hayley Dean.

Her topic, Border security in the profession: Queue-jumping lawyers, quickly descended into a vile rant about why “lawyers are rude fucks”.

The real risk in the justice system is a lawyer’s halitosis-ulcer, coffee-bog breath after they’ve been on the Shiraz all night and had no breakfast, she said.

The audience gave up counting the f-bombs (and enjoying their croissants and bacon and eggs) when Dean explained how a prisoner she has heard of had inserted two waterproof slim-line Nokia phones and chargers up his “internal storage compartment”.

“That was really getting to the bottom of things,” said Kirby in his judging remarks.

Allens lawyer James Gonczi was runner-up, after giving an impassioned address on Misleading and deceptive conduct: The Lance Armstrong approach to a high-profile legal career.

Gonczi urged young lawyers to follow the ‘gospel according to Lance’ to become the best. He admitted Lance misled, but insisted there was a bigger picture:  the Tour De France is hard.

“It is so difficult that Lance Armstrong literally jettisoned a testicle in order to make himself more aerodynamic,” said Gonczi, adding that life as a junior lawyer in a commercial firm is the only thing that remotely compares to such pressure.

Gonczi’s suggestion to use kerning, rather than drugs, to cut corners earned the loudest laugh of the morning.

“We used to avoid having to stick to word limits by kerning, which is the process of deleting the space between words and replacing it with the letter ‘I’ coloured in white. Use your imaginations,” he said.

The ego has landed

Kirby said he loved the tender mercy urged by Hollingsworth to actually speak to the graduates and paralegals.

The People’s Choice Award was presented by Sparke Helmore partner Mark Doepel, who used the opportunity to get revenge on Kirby for throwing him out of court 22 years ago.

When the pair was finally reconciled, the People’s Choice prize was presented to James Foley from Gadens Lawyers.

His address, entitled Australia’s Biggest Loser: Do bosses need to tighten their belts?, detailed the misery that would ensue if partners started spending less money - lighting their cigars with $100 notes instead of matchsticks made of ivory.

The first thing to go, said Foley, will be the fun things that make work bearable: the biscuit tin in the kitchen and the client lunch that you’re never invited to, but your partner is.

“It’s in those precious afternoons that you can salvage a couple of moments for yourself … make yourself a cup of coffee, sit down at your desk and quietly weep,” said Foley.

Kirby took a cheeky swing at Foley in his judging remarks for being seemingly obsessed with weight.

“If I were James I’d be worried about weight too,” said Kirby.

Sponsor Taylor Root was relieved the usual “root” gag didn’t come out this year, but the pick-up lines were in abundance, with the clear favourite being: “What do lawyers drink on the first date? A subpoena colada.” Boom boom.

Celebrating its 10th anniversary this year, the NSW Gavel saw an increase of 56 per cent on last year’s attendance.

Videos of each speaker and Kirby’s presentation are available on the Gavel’s Facebook page here.

The competition is open to all lawyers up to the age of 36 or in their first five years of practice, and the winner goes on to represent NSW in the National Competition.