Getting the protection they need? 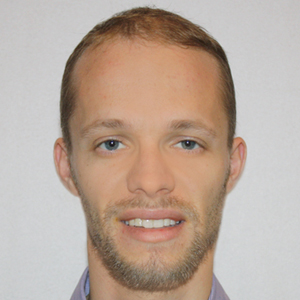 Are the necessary international legal rules in place to safeguard the human rights of asylum seekers? Simon Levett reports.

Are the necessary international legal rules in place to safeguard the human rights of asylum seekers? Simon Levett reports.

The conventional refugee is a victim of conflict situations between states or non-armed groups and a dilemma for the Geneva Conventions on the Law of War.

Governments wage war directly or indirectly on particular minority groups - like the Pashtuns in Afghanistan. These groups then have to establish that they have been persecuted on the basis of their membership of a national, religious, social or political group to qualify for refugee status in a country like Australia.

The vast majority of people who are victims of conflict join other displaced people on borders, such as the Kurds on Turkey’s border with Iran. Again and again, asylum seekers say that they would prefer to return to their countries of origin if the conditions changed.

In the conflicts in the Balkans, many former refugees have returned home to build new and often difficult lives for themselves, despite the odds.

In most conflict situations, mass internal and external movements of people take place. Perhaps instead of focusing resources on trying to bring order to a chaotic process, governments should focus on bringing peace and stability to situations that have been written off as intractable, such as Syria.

Ever since the time of Norwegian pioneer Fridtjof Nansen, the Office of the High Commissioner for Refugees has monitored the human rights standards of refugees throughout the world. The conditions in world refugee detention camps in conflict situations should be monitored according to the standards of the Geneva Conventions.

The Office of the High Commissioner for Refugees could also improve its focus on the situation of refugees with regards to the protection of economic, social and cultural rights.

Policy makers should recognize that the human rights of refugees begin at home and that they should be protected. A new approach to human rights, like a World Human Rights Court, will stem the tide of refugees and improve conditions for asylum seekers at home. There should be stronger compliance mechanisms to shame governments into treating all humans with dignity and respect. When a country willfully destroys the natural environment of a minority group, then the country should be censured before irreparable harm is done to communities.

International human rights law has led to some important changes in refugee law and policy. Richard Towle from the Office for the High Commissioner of Refugees has praised legal mechanisms in Australia like the Refugee Review Tribunal for playing a key role in contributing to the growing body of international law on the protection of refugees.

There is still disagreement legally about how private organisations can be held liable for human rights abuses while operating detention centres for immigrants.

The non-government organisation sector (NGO) in Australia is coordinated and responds quickly to any particular event affecting refugees. Their success has depended partly on the strength of Australia’s multicultural society, which has welcomed generation after generation of refugees. The most important function the NGO sector is playing is an educative one, whereby the benefits of immigration to the economy have been repeated in public discourse.

The Geneva Convention gives people who are fleeing persecution from states in conflict the rights of civilians i.e. the right to employment, food and shelter if they are interned.

However, these rights disappear when the refugee leaves the state to seek sanctuary in a peaceful state. International human rights law complements the Geneva Convention but, similarly, a refugee who leaves one country cannot be expected to have their human rights protected outside a state that is committed to the enforcement of human rights through the international treaty bodies.

The issue is not entirely that refugees have been denied their Refugee Convention rights. The problem is that there is a human rights vacuum from the time an asylum seeker flees their own country to travel down the supply chain to processing beacons such as in Indonesia and arrival in refugee-receiving states such as Australia.

There needs to be increasing diplomatic pressure from a World Human Rights Court for countries to sign international agreements to safeguard the human rights of refugees who are escaping persecution. Such agreements would improve conditions in the impromptu camps that have sprung up informally down the supply chain in Southeast Asia. The European Court of Human Rights in the Guzzardi case stated that detainees have the right to legal advice even if they are able to move outside the prison walls.

Alongside the positive influence of Australia and other countries in smashing child labour rings and improving security in Africa and Asia, the NGO sector could improve its positive influence in countries along the supply chain by creating field presences to monitor local conditions.

Additionally, lawyers and others can volunteer for organisations like Lawyers Without Borders, which offers counselling, translating and legal advice to asylum seekers in need outside of Australia.

Simon Levett is a lecturer at the University of New South Wales, specialising in international humanitarian law. He has worked for the ABC and has a Masters from the Geneva Academy of International Humanitarian Law and Human Rights.

Getting the protection they need?