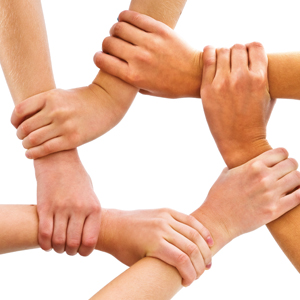 Partners get a bad rap when it comes to dealing with younger lawyers suffering from mental illness, but a lawyer at one of the country’s leading national firms tells how, when he experienced a crippling period of depression, his senior partner was nothing but supportive.

When it comes to lawyers and mental health, I love demonising partners of city law firms as much as the next person. On the basis of the horror stories published from time to time, one can do naught but consider partners to be stalwarts of malevolence and evil who cause, among other things, young lawyers to experience mental illness and burnout.

This article describes how I was treated by my employer in the face of mental illness, and offers a couple of different ways to think about mental illness and the legal profession generally.

I have major depression. I have spent between three and four of the last 24 months, over three separate admissions, in a mental hospital due to critical suicide risk. I’ve exhausted conventional and novel psychological treatment options and, from a psychiatric perspective, I have been through a banquet of drugs.

I’ve even undertaken an extensive program of electro-convulsive treatment, during which, under general anaesthetic, a psychiatrist uses electricity to induce controlled brain seizures that lead to the release of a whole stack of chemicals in my brain.

I’m also a 4-5 PQE finance lawyer that has worked at the same mid-tier city firm (Firm) under the same partner (Partner) since undertaking a summer clerkship.

The impact that depression has on any individual’s life is well documented, as is depression’s impact on a lawyer’s career. To me, put simply, lawyers are likely to become depressed because they are paid to be right and hate to be wrong. They will even argue that they are right even though they know they are wrong.

The problem is that lawyers also tend to be eloquent and articulate. If a lawyer identifies a personal problem, the lawyer will probably endeavour to explain or fight it away. However, once overwhelmed, the lawyer’s eloquence turns the problem into powerful self-talk used to devastate the lawyer’s psyche. Cue drinking, drugs and various other coping mechanisms.

If I’m honest, I could probably use each of the adjectives set out in the preceding paragraph to describe myself.

I’ve had some form of depression since my teenage years, typically well-managed into remission. However, one day, I woke up and the universe was ending. On reflection, my depression had been slowly returning during the previous 12 months. Since my relapse was diagnosed, Partner has been incredibly understanding and accommodating.

I spent 12 of the last 24 months on a leave of absence due to my depression. Partner kept in periodic contact with me (often at Partner’s instigation). I was reassured that there was no rush to return and that I could come back whenever I was ready. We caught up for lunch a couple of times and even had a meal at Partner’s home with our spouses.

At least once during each catch-up I told Partner that I would completely understand if they had to terminate my employment and fill my position.

My depression is in remission again. I’m doing just fine and, to me, Partner deserves some kind of medal.
I was treated exceptionally well while I was ill.

I attribute this to Partner and definitely not Firm. I would be very surprised if all partners at Firm would have managed the situation in the same manner as Partner.

This suggests to me that no revolutionary, new-and-improved work-life balance policy can change a partner’s impression of mental illness or how they perceive and deal with personal afflictions generally. I do not think sensitivity to mental illness can be taught, but the only way it can be remotely understood is through exposure to mental illness.

While on my leave of absence, I learned that Partner’s brother has bi-polar disorder, which seems to, at least partially, explain Partner’s sensitivity to mental illness.

I guess I was just exceptionally lucky.

I have reflected extensively on my treatment by Partner and Firm while I was ill. Each time a horror story are published, I think about how partners can grind young graduates into a mentally-ill pulp so easily and frequently, but perhaps there’s more than the juiced graduate’s point of view to consider.

Cogs in the machine

Sometimes I like to oversimplify the world to make sense of it. Indulge me, take a step back and think of the legal profession in the following terms:

•    City firm jobs are scarce and we have a glut of law graduates. In a perfect world (and if we put family connections, wealthy upbringing and private schooling to one side), only the most desirable graduates get the jobs

•    Let’s assume we have a factory in which cogs produce widgets, except our factory is a monolithic glass tower, cogs are lawyers and widgets are six-minute units. Since there is an oversupply of cogs, we can pick and choose, selecting only the most desirable cogs for widget production

•    Since the number of city firm jobs does not fluctuate much, the value of a cog is largely determined by supply. To differentiate between the oversupplied cogs, surely we look to other attributes of a cog, for example, university marks and previous legal experience

As a factory owner, is it my job to repair a cog when I can just get a new one? There are a hundred other cogs who will do the job just as well, but without the agro. I would have thought that decision was simple.

I’m not trying to be trite (as a long-term sufferer of depression) but law firms are not charities. They are businesses that want the biggest bang for their buck.

Since we’re talking in terms of economics, it also seems that we spend the commodities we possess in exchange for those commodities that we want.

Everything has a price. That price is not necessarily monetary. If a lawyer wants to do any or all of the following:

•    Wear those few all-nighters/weekends working as a badge of honour (but only a few, of course, because the lawyer demands work-life balance)

•    Drink cocktails, the price of which could feed a small African nation for three days

•    Make offhand comments to their friends about doing deals for ASX50 companies (yeah no big deal, I do like a hundred deals every day)

•    Generally flounce around like a character from Boston Legal.

It is likely that the personal cost of the lawyer’s job is higher than if they only wanted to be a mere finance lawyer at Firm. Time, health, relationships, wellbeing etc... are all rolled into that personal cost.

We need to understand the personal cost as well as the potential benefits of a job. It is up to the lawyer, and the lawyer alone, to make a determination as to whether they are happy to proceed on that basis. If they are – great.

Proceed with an awareness of the risks and personal cost. If they are not – that’s fine too. Don’t proceed. Surely it can’t be that simple.

However, the greatest pitfall would be failing to consider the issue altogether. A decision to stay in a particular partner’s employ should be deliberate.

If you somehow wind up in a position where you’re being worked into the ground without being aware of that possibility, one might ask whether you properly thought through the decision at the outset.

As lawyers, where possible, we are paid to foresee knowable risks. If we can do it for our clients, surely we can try to do it for ourselves. Please don’t continue the same work pattern in the hope that things will get better, for doing the same thing and expecting different results, it’s been said, is surely insanity.

To summarise, in my view, firms and policies don’t really affect how you will be treated if you’re struck with a mental illness. It is mostly dependant on your direct managing partner.

If you want to work for an above-mentioned stalwart of evil doing huge fancy deals, the personal cost is going to be dearer. Understand the cost and the benefits and make a conscious decision (in the same way a pilot accepts the risk of their plane crashing or a politician foregoes anonymity in public spaces).

Slavery has been abolished. You simply cannot be owned.

No partner needs to let you go home. You’re a grown up — don’t play the victim card. Put yourself first, not the ASX50 client or the partner. The client and partner are surely putting themselves first.

In the alternative, be 100 per cent clear on why you’re not putting yourself first. And, don’t forget, law firms are businesses and employment is based on supply and demand. Nine times out of 10 you would logically select the employee that is the least trouble rather than bend over backwards to accommodate an employee that is different (it is sad but true). I appreciate all the top-tier-partner-bashing: it sucks, but it’s a business reality.

Depression makes everything seem worse. You become insular and myopic. Maybe your partner is not as evil as you feel and has pressures and woes of which you are not aware.

If you’re sick, see a psychologist and/or a psychiatrist. They know as much about psychology/psychiatry as you do about the law, if not more. Their entire job is to help you and since you’re making the big bucks, you can afford it; and if you’re getting worked into the ground, you’re an adult — leave.

Finally, I sincerely empathise with anyone who suffers from depression or any other mental illness. But, as with a smoker that continues to smoke, despite worsening lung cancer, I find it hard to empathise with someone who has not left a job that significantly contributes to the deterioration of their mental health.

Surely a smoker cannot blame their deteriorating health on the tobacco company that does not make healthy cigarettes. How can we then carry on about firms that need to make better, healthier environments for lawyers?

If they don’t make healthy versions of the cigarettes I’m addicted to, maybe it’s time to quit.