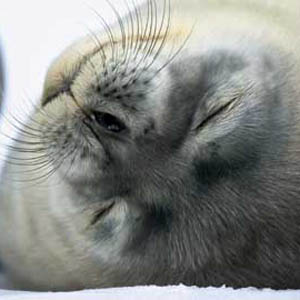 Discover some of Antarctica's facts such as being the driest, windiest and coldest continent on earth

FACT: Antarctica is the driest continent on earth

You may be forgiven for thinking that the driest place in the world is a desert, such as the Atacama Desert in Chile, however that's not the case. Antarctica is the surprising winner because, while it's mostly covered by ice, it receives the least amount of precipitation of anywhere in the world.

While rain is observed at times near the coast, most precipitation over Antarctica is in the form of snow or ice crystals. The average accumulation of snow over the continent as a whole is estimated to be equivalent to about 150mm of water per year. Over the elevated plateau the annual figure is less than 50mm while near the coast it generally exceeds 200mm.

FACT: Antarctica is the windiest continent on earth

When it comes to the force of a breeze, windy Wellington pales in comparison to the world's southernmost landmass. Radioactive cooling over the Antarctic ice sheet produces very cold, dense air that flows away from elevated areas and is replaced by subsiding air from above. The resulting katabatic winds accelerate downhill, enhanced by the intersection of glacial valleys, though upon reaching the coast they lose their driving force and soon dissipate offshore. The speed of these winds has been recorded at up to a mighty 327km per hour.

In coastal areas low-pressure systems can also interact with katabatic winds with resulting wind speeds exceeding 100km per hour for days at a time. Wind gusts well over 200km per hour have been measured. During windy conditions, loose snow is often picked up and carried along by the strong gusts.

FACT: Antarctica is the coldest continent on earth

The coldest temperature ever recorded on the surface of the earth was at the Russian Antarctic station Vostok where, in July 1983, the temperature dropped to -89.2ºC. But the continuously coldest place in the Antarctic Territory and on earth is Dome Argus. An automatic weather station records the daily temperatures at this site.

The ice thickness here is more than 3000 metres and it's not unusual for the air temperature one metre above the surface to be 10º Celsius colder than the temperature two metres above the surface. Dome Argus is nearly 600 metres higher in elevation than Vostok and the coldest temperature recorded here was -82.5° Celsius in July 2005.

Across the continent, the average annual temperature ranges from about -10° Celsius on the Antarctic coast to -60° Celsius at the highest parts of the interior.

FACT: Antarctica is the highest continent on earth

West Antarctica includes the Vinson Massif, which has the highest peak in Antarctica at 5140 metres. Except for coastal peaks, only the highest Antarctic mountains show above the ice cap, some by only a few hundred metres.

The Antarctic ice cap contains 29 million cubic kilometres of ice and if the continent's ice melted, it would cause the world's ocean levels to rise by 60 to 65 metres. But rest assured - it would take approximately 10,000 years to do so.

At the beginning of every winter, the Antarctic sea ice begins to expand and each day it advances by a mind-boggling 100,000 square kilometres.

Eventually, it doubles the size of Antarctica, as it adds up to an extra 20 million square kilometres of ice around the landmass.