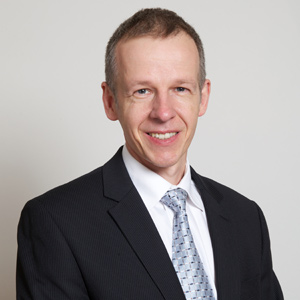 The decision in the case of Chubb Insurance v Moore in the NSW Court of Appeal is a welcome one for company directors, writes barrister John Tesarsch.

The decision in the case of Chubb Insurance v Moore in the NSW Court of Appeal is a welcome one for company directors, writes barrister John Tesarsch.

Rarely does a first-instance decision in New Zealand cause ripples across the Tasman, but the judgment of the Bridgecorp decision (Steigrad & Ors v BSFL 2007 Ltd 2011) in the NZ High Court created consternation for Australian insurers, brokers and company directors.

In the decision, the NZ High Court ruled that directors of the collapsed Bridgecorp Group were unable to access defence costs coverage under their directors and officers liability (D&O) insurance policy to defend a civil claim that receivers intended to issue against them for an amount exceeding the policy limit.

The policy in question (issued by QBE) had a single indivisible limit for indemnity and defence costs, which is common for D&O and other insurance policies. The receivers successfully argued that they could assert a statutory charge over the monies payable under the policy, pursuant to Section 9 of the Law Reform Act 1936 (NZ).

This decision created concern in Australia because a similar statutory charging provision is found in Section 6 of the Law Reform (Miscellaneous Provisions) Act 1946 (NSW)(the NSW Act), and also in statutes in the ACT and the Northern Territory.

It was a worrying precedent because aspects of the Court’s reasoning could not readily be dismissed.

Immediately, brokers, insurers and company directors in Australia recognised these concerns and sought to overcome them. Brokers recommended that companies purchase standalone defence costs coverage insurance for their directors, instead of policies with defence costs included in the overall limits of indemnity. It was far from straightforward, however, for companies to determine an appropriate breakdown for separate limits of indemnity cover and defence costs cover, and to implement and pay for changes to their insurance portfolios.

It was only a matter of time before Australian plaintiffs sought to take advantage of the Bridgecorp decision and the issue was litigated in Australia. As it turned out, the issue fell to be determined in the context of the Great Southern class actions in the Victorian and Western Australian Supreme Courts. Given the significance of the issue, it was referred directly to a specially constituted five-member bench of the NSW Court of Appeal. The Court of Appeal has recently delivered a unanimous judgment that provides some comfort and greater certainty to the business community.

The decision of the NSW Court of Appeal

The NSW proceeding was contested by claimants in the Great Southern class actions against defendants in those actions and their insurers, including Chubb, Liberty, Allianz, Chartis, QBE and Wesfarmers.

The claimants sought priority over the defendants in relation to monies that may become payable under the insurance policies. The insurers referred the matter to the court for clarification.

At issue was the proper construction of Section 6(1) of the NSW Act. In general terms, this provides that the amount of the liability to pay damages or compensation, of any person who has entered into a contract of insurance which indemnifies the person against that liability, is to be a charge on all insurance monies “that are or may become payable in respect of that liability”. Further, it provides that the charge comes into existence “on the happening of the event that gives rise to the claim for damages or compensation”.

At the outset, the NSW Court of Appeal described Section 6 of the NSW Act as ambiguous, and stated that it “should be repealed altogether or completely redrafted in an intelligible form, so as to achieve the objects for which it was enacted”.

One of the fundamental matters in dispute was whether Section 6 of the NSW Act could apply to claims in interstate courts. The Great Southern claimants argued that it could extend to those claims where, for instance, the proper law of the insurance contract was NSW, or the event giving rise to the claim for damages occurred in NSW (many Great Southern investors were resident in NSW, and some of the insurers were based in NSW.) The Court disagreed. It ruled that Section 6 of the Act did not apply to the claims in the Great Southern litigation but, instead, that it could only apply to claims issued in a NSW court. Consequently, the claimants were unable to successfully assert the existence of a statutory charge.

That ruling in itself was enough to dispose of the matter, but the Court, recognising the broader significance of the issue, went on to make further findings which, although they are not binding on interstate courts, will be highly persuasive. They include that Section 6 of the NSW Act does not apply where the conduct of the insured person that gives rise to the relevant claim for damages or compensation happened before the inception of the insurance policy. Further, the Court ruled that even if a charge were to be imposed under Section 6 of the NSW Act, that charge:

The decision of the NSW Court of Appeal is a pragmatic decision and has been welcomed by the insurance industry. It is possible that some brokers may now cautiously advise companies that they may choose not to incur the additional cost of obtaining standalone defence-costs cover for directors.

Nevertheless, there remains the possibility that the issue may be appealed to the High Court, or else that a court in another state or territory may be called upon to reach a different conclusion. The NSW Court of Appeal itself noted that its decision was not without its difficulties and anomalies. That said, it would be a courageous litigant which sought to test the issue in an interstate court.

In the meantime, the original Bridgecorp decision, which created all these concerns, was overturned by the NZ Court of Appeal, but that decision in turn has been appealed to the NZ Supreme Court.  The Supreme Court’s decision is keenly awaited by the insurance industry.

In view of the confusion, the Insurance Council of Australia has made submissions to the NSW Attorney-General’s Department for the reform of Section 6 of the NSW Act. It has been reported that the Department is receptive to the case for reform.

John Tesarsch is a barrister based in Melbourne. He has an extensive commercial practice, including in the areas of professional liability, insurance and corporations law. He has acted for professionals and directors in class actions and other major litigation resulting from corporate collapses, including those of the Timbercorp, Westpoint and Great Southern Groups.