Playing the lawyer card not a winning bet 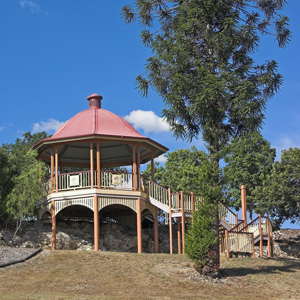 A Queensland woman who pretended to be a lawyer to help some mates has been fined $1000.

The Ipswich Queensland Times reports that Claudia Samira Ramzy received the fine for drug and bail offences after she came to the attention of police while purporting to be a lawyer.

In February two male associates of Ramzy were being questioned by police when she approached the group claiming to be the lawyer for one of the men.

In one of those classic ‘seems like a good idea at the time’ scenarios that quickly go pear-shaped, the cops soon picked her for a non-lawyer and, after searching her, found she was carrying drugs, including cannabis and dioxymethyl amphetamine.

While being found in possession of drugs doesn’t necessarily preclude you from being a lawyer, Folklaw reckons it was probably the fact that she didn’t mention Clive Palmer as a client that gave her away.

The probable soon to be Federal Parliamentarian keeps a battalion of lawyers on the books up in the Sunshine State, something that won’t change anytime soon if he keeps picking fights with the likes of Rupert Murdoch.

The Ipswich Magistrates Court heard that Ramzy was once a law student before falling in with the wrong crowd.

Lawyers Weekly hopes that in the future, she does not continue to provide current members of the profession with more work...

Playing the lawyer card not a winning bet