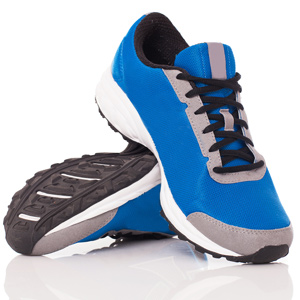 A Romanian lawyer has been fined for wearing blue shoes to court.

The judge in the case, where Dancu was the defence lawyer for five people accused of art theft, was unimpressed by the lawyer’s sartorial statement and fined him $US1150 – the maximum penalty allowed – for flouting dress regulations.

Folklaw imagines the fashionable lawyer didn’t help his cause by appearing before the judge late, claiming he had been delayed in another court.

“I am scented, shaved and fresh,” said Dancu, according to the Post. “I am going to contest this fine.”

To make matters even more complicated, the case had to be adjourned after Dancu moved to have the judge in the case suspended, which will have to be ruled on by another court.

The five defendants Dancu was representing are being tried for the theft of seven paintings by Picasso, Matisse and Monet, among others, which were stolen from Rotterdam’s Kunsthal gallery in October.