Law student eaten up with annoyance 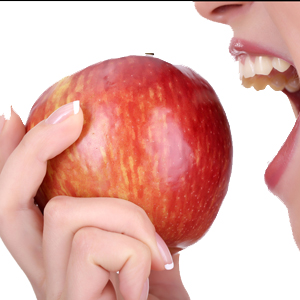 An aspiring lawyer in Canada has been driven over the edge by her classmates’ inconsiderate in-class eating...

Feminist blog Jezebel got its hands on an email sent by an anonymous student to his/her 72 classmates in the administrative law class at Osgoode Hall Law School in Toronto.

In the email the irate law student cuts down those in their administrative law class who they describe as “fundamentally challenged” – the sociopaths who have the audacity to eat tuna sandwiches, apples, pineapples and chips in class.

Okay, Folklaw can understand the tuna hatred – but pineapples? What have they ever done to anyone?

Judging by the contents of this letter, Folklaw would not like to work under this law student if they ever become a partner, because it’s clear they pull no punches...

“I also have a great amount of sympathy for those of us in this class who are more fundamentally challenged,” writes the student. “The ones who seem to suffer from a complete lack of etiquette and common courtesy as well as from peculiar eating disorders. I get it, that home life must have [been] supremely difficult, and the public school system was so lacking that no one taught you how to behave in public, and, specifically, how to eat in public.”

Wow – we bet this person gets invited to all the parties...

And just to make themselves even more charming, once their anti-apple and tuna tirades are over, they sign off the letter with this: “If I weren’t being polite, I would say it’s fucking annoying and disrespectful and shows a complete lack of judgement and poor taste.” Lovely.

We don’t think the letter really achieved its purpose though – the students of Osgoode rebelled against the anti-eating letter writer by holding a ‘Pineapple Appreciation Day’ on the campus last Thursday (19 September).

Folklaw reckons this student has led a sheltered life and will be in for a rude awakening when they enter the world of work; in the highly-competitive, cut-throat world of lawyering, someone in the vicinity eating a tuna sandwich will be the least of their worries.

Law student eaten up with annoyance

Last Updated: 18 November 2020 Published: 24 September 2013
The Women in Law Awards is the benchmark for excellence, recognising the empowering women influencing the Australian legal profession, celebrating the female leaders, role models and future champions of the industry. Register for the waitlist today for the opportunity to attend this remarkable awards ceremony and network with top legal professionals and fellow peers.
Visit womeninlaw.com.au