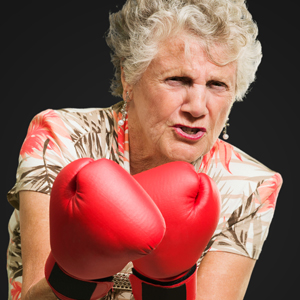 A Chinese man has learned that hell hath no fury like a peeved mother-in-law...

Wang Qin, from Lishui, Zhejiang Province in China, got so sick of her son-in-law’s excuses for not paying back a loan she gave him that she used a crane to winch his car onto her roof terrace, the UK Daily Mail reported.

Wang claimed she loaned her son-in-law nearly half-a-million yuan (almost $88,000) to invest in his business.

However, when he began avoiding her and ducking all requests for repayment she decided to take his Audi hostage as collateral.

Initially the car was parked on the pavement outside her house, but when she heard her son-in-law had been trying to retrieve it she took the extreme measure of winching it onto her roof terrace.

This is clearly one mother-in-law you don’t want to mess with.

Folklaw doesn’t know whether the scrounging son-in-law has repaid his loan or got his car back yet, but this story just proves that borrowing money from your family only leads to trouble...