The ugly truth about being a law student 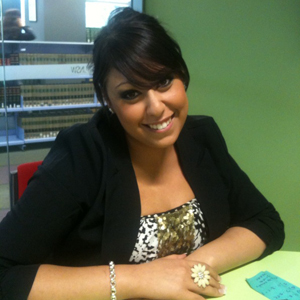 The pressures of law school more than balance out any prestige associated with being a law student, writes Marie Iskander.

The pressures of law school more than balance out any prestige associated with being a law student, writes Marie Iskander.

There seems to be a level of prestige associated with being a law student.

It’s almost as if, by being recognised as a student in such a competitive and difficult degree, one’s status is immediately elevated - or so we think. Contrary to the glitz and glamour that society associates with studying law, in the last five years of my degree I’ve come to see some of the uglier sides of being a law student.

Most of us know prior to entering our degree that it will involve longs hours of readings, as well as some sleepless nights. But perhaps what we never anticipate is that, being in a cohort with so many brilliant minds, the joy of saying that we’re law students slowly diminishes, and we begin to fade in the background because we’re no longer able to stand out.

The culture at law school has become lethal. Everyone is so determined to see themselves at the top that some law students have completely lost sight of the bigger picture: that there is more to life than our law degrees.

In the absence of a strong support network, law school can become an extremely isolating place, especially when you’re dealing with the pressures of maintaining a plethora of extracurricular activities, a part-time job, personal pressures, clerkship or graduate applications and back-to-back assignments. Despite feeling overwhelmed, underappreciated and extremely stressed, law students with Type-A personalities often tell themselves that they have no reason to complain or to be stressed; after all, this is the path we chose.

As a result, many law students seldom talk about the pressures they’re facing at law school, in fear of being labelled weak or, worse, undermining their perfect-law-student image.

Last year, I found myself in a situation where I was trying to maintain my extracurricular activities while completing difficult law subjects and applying for clerkships at top-tier law firms. Despite being reluctant about pursuing a clerkship, because I didn’t feel drawn towards private law, I was convinced by peers, older lawyer friends and, of course, HR from the big law firms that “this is the right path” and “what do you have to lose?” Contrary to that last rhetorical question, I would later find out that I actually had a lot to lose.

During the clerkship season, law students became more ruthless than ever. Having been rejected in a generic and cold way by all the law firms that I applied to, I would come home every night and cry about how bleak my future looked, how I would never be able to stand out, and how my self-worth had diminished.

Every time I received a clerkship rejection, the tears would well up in my eyes and I would find myself on the phone to my best friend, who lived overseas, crying until my eyes dried out. In hindsight, it was probably because I had such a strong family support network at home and that this friend would answer my calls at three in the morning that I was able to get through this difficult period of my life.

This type of reaction to a few job rejections might seem like a massive over-exaggeration, but one only needs to walk down the halls of law school to know how isolating it was to admit to my peers that I was not as “intelligent” or “brilliant” as they were because I didn’t score a summer clerkship. “Maybe it’s because your law marks aren’t high enough,” some would say in a failed attempt to console me. “Maybe it’s because you haven’t actually worked at a law firm before,” others would say.

Coming out of that period, I recall not being able to apply to another position for months, in fear of putting myself out there and being rejected again. It was only through luck and divine guidance that I convinced myself to start applying for judicial tipstaff and associate positions this year.

Going through this process, I realised that there was a stark difference between the way these applications were run, handled and even rejected. Because there are no set dates for judicial tipstaff and associate positions, there was no pressure at law school. In addition, the manner of rejection was more personable, so that, instead of tears welling up in my eyes, I would actually come home and exclaim about how lovely a particular judge was and how they had acknowledged my achievements while kindly informing me that I didn’t get the position.

Sitting in interviews with countless judges, I realised that the obsession with law marks and law averages had completely faded, it didn’t matter what number was on the paper anymore, they were genuinely interested in knowing me, and understanding my personality. Perhaps that was the key difference between the clerkship applications’ process and the judicial tipstaff and associate applications’ process - I didn’t feel like I was just another number.

Looking back at my experiences, I have learned there are many ways to cope with depression at law school. As simple as it sounds, talking about my feelings to others really helped me get through that period of my life, without falling into a chronic sense of helplessness, but some people are not that lucky.

The constant pressure to achieve and to maintain an image at law school has meant that some law students are not inclined to cooperate or work with their fellow law students. Almost everyone at law school knows that “group work” is the number one most hated assignment activity, because we’re so inclined to compete against one another that the idea of cooperating with each other is unheard of.

Last year, the chairman of the Tristan Jepson Memorial Foundation and former president of the NSW Court of Appeal, the Hon Keith Mason, said at the 2012 Foundation Lecture that one in three law students and legal practitioners will experience psychological distress. Although hearing those figures only made me ponder how alarmingly high depression in the legal industry is, it wasn’t until earlier this year that the ramifications of this alarmingly high number truly hit me. A few months ago, staff at my university received an email informing them that one of the university’s alumni students had taken his own life. Despite graduating with first class honours, and being an honorary board member of a prestigious law journal with a position at a top-tier law firm, someone so brilliant had fallen into a level of depression where they felt that there was no return.

I remember reading this email and feeling my heart sink. I didn’t know this particular individual, nor did I know the struggles he faced before he made that final decision, but what I did realise is that the path that we’re on as law students can sometimes have lethal consequences.

To try and combat this issue, I’ve started working with the law society at my university to bring to light the issue of mental health, in the hope of encouraging law students to talk about these issues and to let them know that, as clichéd as it sounds, they’re not alone.

Despite how difficult it can be to admit that you’ve experienced moments or periods of depression, I’ve felt that talking about some of my own feelings will encourage other students to discuss theirs, and hopefully seek help before a downturn in their mood escalates to something far more serious. The other major thing that I feel we need to reform in our law schools is the level of collegiality between law students. Rather than promoting this idea that we are all competing against one another, I’ve tried to work with law students and shed light on all the benefits of actually working together. It’s surprising how much less isolating law school can become when you’re working as part of a supportive group.

But there is only so much that law students can do to curb these depression statistics. Through this article, I’m appealing to lawyers at firms to be mindful of the fragile and vulnerable states of mind of some law students during this year’s clerkship process. While some may think that being bullied or rejected is character building and builds resilience in the long term, be aware that the short-term ramifications can escalate quickly.

Marie Iskander is a fifth year Arts/Law student. She regularly writes for a law student blog and is actively involved in bringing law students’ attention to mental health through her university’s law society.  Although she is yet to secure a graduate position, she says that, by taking a different approach to law school this year, and enjoying the journey that she is on, she’s not concerned about where the future will take her.

The ugly truth about being a law student