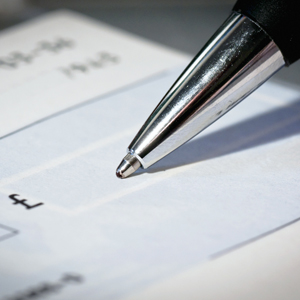 A US woman is set to appear in court tomorrow (9 October) accused of creating a fake law firm and billing her former employer more than $US91,000 in legal fees.

Beryl Allison Velguth was charged with felony theft in August and is expected in Milwaukee County Circuit Court tomorrow for a preliminary hearing; if she is convicted she could face 10 years in jail, a $US25,000 fine, or both, the Milwaukee-Wisconsin Journal Sentinel reported.

According to the criminal complaint, the 51-year-old’s alleged deception was discovered when her employer, Milwaukee’s Lutheran Social Services, hired an outside consultant in November last year.

He noticed the organisation’s legal expenses were extremely high and began an audit; in one instance he saw bills for two separate law firms for the same case.

One of the firms was Howard Law and Legal Services, and the invoice did not provide an address or phone number; the firm was not on the State Bar of Wisconsin website and the consultant could not find a listing elsewhere.

According to the complaint, further investigation uncovered that cheques written to Howard Law and Legal Services were being mailed to Velguth’s address; the cheques were deposited into a bank account bearing her name and home address and doing business in the name of the fake firm. Bank surveillance also captured Velguth conducting business using the account.

Folklaw just wonders how on earth Lutheran Social Services failed to notice $US91,000 being spent that shouldn’t have been – how much money does the organisation have?

Velguth left the organisation of her own accord in April, telling co-workers she was leaving to attend medical school, which perhaps was true as, if these allegations are true, she certainly would have been able to afford it.