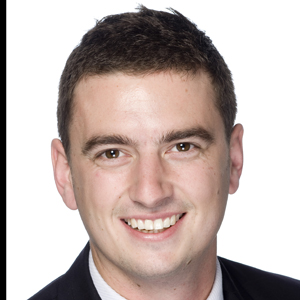 Is insolvency and the construction trust a case of the Flying Dutchman, asks Gadens senior associate Scott Higgins.

Is insolvency and the construction trust a case of the Flying Dutchman, asks Gadens senior associate Scott Higgins.

The establishment of a statutory construction trust to quarantine and guarantee payment to subcontractors in the event of collapse of an upstream contractor is the linchpin of the recommendations made by the independent Inquiry into Construction Industry Insolvency in NSW.

The Inquiry’s findings about the prevalence of long payment cycles to subcontractors and abuses of cash flow in the form of capital leakage were not in any way revelatory, yet insolvency remains endemic in the construction industry.  The Inquiry reflected on this ongoing industry malaise and issued a call to action, saying: “If the issues raised are not dealt with after the emphatic and repeated descriptions of the same problem over more than 20 years, the debate will come to starkly resemble the Flying Dutchman, the legendary ghost ship that can never make port, doomed to sail the oceans forever.”

Regretfully, the NSW Government does not appear to share this sense of urgency of purpose.  The Government’s decision not to support the statutory construction trust recommendation “at this stage” represents a missed opportunity to develop a working model (addressing relevant industry concerns) to tackle this blight on our construction industry and to provide a more secure payment environment for all construction industry stakeholders.

Insolvency in the construction industry

The Inquiry found that “financial loss associated with insolvency is borne overwhelmingly by unsecured creditors – typically the subcontractor”.  Given the scale of construction projects and the large number of subcontractors engaged on any single project, an insolvency of a large head contractor inevitably leaves a trail of devastation in its wake.  The “abuses” of cash flow were also found to routinely extend to cash retentions, which were routinely being used for extra-contractual purposes.

The Inquiry found that no other sector trumps the construction sector for the number of debts owed to unsecured creditors in excess of $10 million.   In the 2011-12 financial year there were ten companies that owed unsecured creditors more than $10 million each when they collapsed.  The knock-on effect is also significant, with many subcontractors unable to pay wages and unable to sustain losses on particular projects where one or more of their debtors collapse, dragging the subcontractors into insolvency along with the head contractor.

This fragility is exacerbated in the current market, where contractors are routinely contracting for projects on extremely low margins.

Under the statutory construction trust model preferred by the Inquiry (applicable only to projects with a value of at least $1 million), contractors receiving progress payments would be required to hold amounts in respect of work performed by subcontractors on trust for the subcontractor’s benefit.  The same principles apply to subcontractors and sub-subcontractors and suppliers down the contractual chain.  The recommendations are capable of being effected by a relatively simple legislative amendment to the Security of Payment legislation (SOPA) modelled on legislation in the US.

The trust proposal is remedial in nature.  It ensures that the parts of progress payments that are for subcontractor works cannot be used as part of working capital and are not lost or swallowed up as part of the pool of funds available to creditors in the event of insolvency.

A single trust account would be opened by contractors and the requisite bookkeeping would be a matter of simply tracking deposits and withdrawals on a project-by-project basis via the ledger system (in a similar fashion to trust requirements for lawyers and property agents).  Subcontractors, as beneficiaries, would have the right to inspect the trust account bank statements.

Contractual rights of set-off for the principal and for parties down the contracting chain (e.g. for things like liquidated damages) would remain unaffected and the parties would be free to certify amounts to be paid in payment schedules in the ordinary course.  The trustee obligations only attach to the amount due and payable (i.e. the amount certified or scheduled or as determined by an adjudicator if there is a SOPA dispute).

Trustee contractors will still be capable of retaining some of the ‘treasury-like’ role over cash flow to which they have become so accustomed (albeit in a far more restricted sense), by having the benefit of any interest earned on the amounts in trust (including seeking more favourable interest in certain authorised investment vehicles).

The Inquiry recommended a two-year transition period to allow for working up the relevant trust model, industry consultation and an education campaign.

Unsurprisingly, there remains considerable resistance from parts of the industry (particular contractors) to the statutory construction model predominantly on the justification of avoiding more ‘red tape’ and the insistence that contractors require free reign over cash flow to maintain profitability and to assist with securing financing.  The Inquiry found no empirical evidence to support these concerns.

It is beyond the scope of this article to explore these issues in the detail that is warranted.  Suffice to say that the industry would be better served if Government releases more detailed reasoning to explain its decision not to support the statutory construction trust proposal so that the matter and any particular criticisms of the proposal from the Government can be the subject of proper public consideration and debate.

It is worth bearing in mind that the trust concept is not a new one and statutory construction trusts have been implemented in 16 US states and many parts of Canada for decades.  In the UK, Project Bank Accounts (PBAs) have been enthusiastically adopted by government in its public works contracts.

Trust arrangements are also being utilised in Australia via clauses in construction contracts and Trust Deeds.  The second edition of the GC21 already includes a clause which imposes trustee obligations on head contractors in respect of cash retentions and amounts due to subcontractors from progress payments and Trust Deeds were adopted in Department of Defence contracts from 1992 and continue to be regularly utilised.  The Inquiry also heard of PBAs being successfully adopted by the NSW Supreme Court in its contract with Reed Constructions Australia Pty Ltd for the upgrade of the Law Courts complex and as a circuit-breaker in a Western Australian example where subcontractors had suspended work and were picketing.

A call to action

The statutory construction trust was the only proposal of the Inquiry that would actually remedy the ‘problem’ of general creditors being entitled to reap the fruits of the subcontractor’s labour at the subcontractor’s expense.  The Inquiry neatly put the position as a matter of fairness and equity: “Depending upon which side of the policy line one stands, so much else then neatly falls into place. If that advice is contending that a progress payment made by an owner to a head contractor which includes at least 80 per cent of work carried out by subcontractors should be simply gobbled up by other creditors, and if that view carries the day, the whole of the work of this Inquiry in relation to attempts to protect subcontractors is to no avail. If however one takes the view that those circumstances present a quite unjust state of affairs then all else follows.”

It is difficult to imagine a more emphatic call to action than the following: “Failure to pay subcontractors, particularly when the head contractor itself is being paid, is one of the unacceptable faces of the building and construction industry.  The time has come for that position to be regulated rather than continuously ignored.

“The incontrovertible fact is, that the statutory construction trust is the only way that protection can be afforded to subcontractors against the kinds of problems evidenced in the Reed Constructions Australia (Pty) Ltd case and so many others which gave rise to the establishment of this Inquiry.”

The Government’s proposal to trial the use of Trust Accounts on 10 selected government construction projects from 2014 and to create a trust over cash retention sums are both positive steps forward in terms of remedial measures.  However, they do not go far enough.

Similarly, the support for the prompt payment amendments to Security of Payment legislation and the conditional support for a licensing scheme modelled on the Queensland system are commendable as preventative measures.  However, these measures of themselves will not be sufficient to eradicate the problem of contractors routinely playing “fast and loose with money which is not in reality their own”.

Ultimately, in the absence of a statutory construction trust, subcontractors will be left with an intractable problem that is destined to repeat itself whenever contractors collapse.  In the author’s view, the statutory construction trust is a mechanism that could play a very useful role in NSW and other jurisdictions and it might be the sort of landmark reform required to recalibrate how we treat security of payment issues.  Few would doubt that it would promote fairness in the construction industry payment chain and lessen completion risk for principals in the process.

There has been an unfortunate lack of transparency over the decision-making process, with the NSW Government declining to publish the reasons for supporting or rejecting the Inquiry’s recommendations.

It would instil greater confidence if the NSW Government were to demonstrate the same zeal in expediting legislation in respect of the supported reforms that they demonstrated for establishing an Inquiry (which was required to carry out all investigations and interviews and report within a three month period).  It has now been 10 months since the Inquiry’s report was handed down and the implementation of supported reforms seems to have progressed little (if at all) in that time.

One should be rightfully sceptical of solutions involving additional regulation of matters ordinarily left up to commercial negotiations.  However, when there is a clear case for legislative intervention (as has been made out in the Inquiry’s report) and provided that industry concerns over administrative burdens and other practical issues can be effectively addressed upon proper consultation, then we should resist the urge to confine the statutory construction trust to the dustbin of history, only to be dredged up at the next independent inquiry when the economic cycle turns downwards once more.