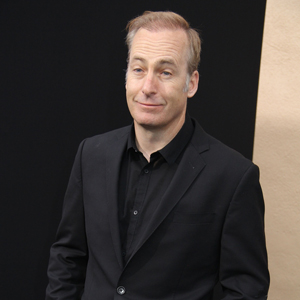 The actor who played Saul Goodman, the lawyer with dubious morals in the drama series Breaking Bad, will star in his own spinoff.

The actor who played Saul Goodman, the lawyer with dubious morals in the drama series Breaking Bad, will star in his own spinoff.

Folklaw has been staying in a lot lately, watching episode after episode of Breaking Bad, the highly-addictive TV show about chemistry teacher-turned-meth dealer Walter White. With only the final season to go, Folklaw was thrilled to hear that White’s shady lawyer, played by Bob Odenkirk (pictured), would be returning to the small screen.

An article in Salon.com has revealed the creators of Breaking Bad are working on a spinoff called Better Call Saul, a prequel that tells the story of how Goodman became the sort of lawyer who represents drug dealers and public masturbators.

Speaking with Salon.com, Odenkirk said the new show’s comedy will be black.

“Vince Gilligan [Breaking Bad’s creator] and the writers will make the ultimate decision, but Vince has told me ... it will be slightly more dark than it is funny.

“That’s an interesting balance to strike. And I’m excited.”

Odenkirk has some serious comedy cred. He’s a stand-up comedian who has written for Saturday Night Live and The Dennis Miller Show.

The Sydney Morning Herald reported on Tuesday (15 October) that Hopkins admitted to addictively watching the entire 62-episode series of Breaking Bad in just two weeks, describing Cranston’s performance as the “best acting I have ever seen – ever”.

He also reportedly praised the “epic” show for restoring his confidence in the industry.