Lawyer’s penmanship lands him in trouble 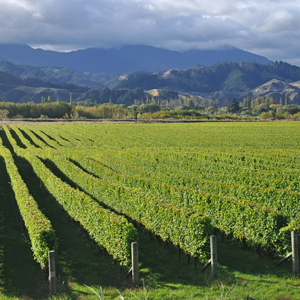 A New Zealand lawyer has been suspended for three years after forging the signature of clients.

The Marlborough Express reports that Blenheim Gary Edward Sawyer pleaded guilty to two charges of misconduct and was found guilty of a third charge of negligence to such a degree as to bring the legal profession into disrepute.

Sawyer’s first bout of forgery occurred in 2004 when he falsified his client’s signature on a water transfer permit, and in 2007 he was found to be negligent around the proposed sale of a commercial property, including failing to advise on the need for personal guarantees.

Sawyer’s sticky situation only got worse when he then tried to cover this up by creating false file notes.

When his law firm, Gascoigne Wicks, became aware of the second incident, they reported it to the Law Society.
He resigned from the firm and left the partnership in 2011.

“These things are generally difficult for a partnership,” said Gascoigne Wicks partner Paul Gibson to the Express. “Good teams do not abandon individual members when trouble arises. Teamwork involves support. But in this case, a line was crossed and action had to be taken... I'm sure Mr Sawyer accepts that.”

A line sure was crossed Gibbo, who didn’t elaborate on how he was ‘sure’ Sawyer accepted his fate.
Despite his three-year suspension, which is pretty severe disciplinary action, it could have been worse for Sawyer.

New Zealand Law Society president Chris Moore said the decision was “very much on the cusp” between suspending Sawyer for the maximum three years or striking him off.

Folklaw would like to know what tilted the ledger in Sawyer’s favour.

With more free time on his hands, Folklaw could think of worse places to hang out than Blenheim, which has some of New Zealand’s best wineries.

Folklaw also recommends Sawyer reads Papillon, one of Folklaw’s favourite books, which was immortalised into a fine film starring the late-great Steve McQueen as Papillon and Dustin Hoffman as his prison buddy Louis Dega.

Of course, both Dega and Papillon were stranded on an island with no escape...

Lawyer’s penmanship lands him in trouble