All I want for Christmas is their two front teeth 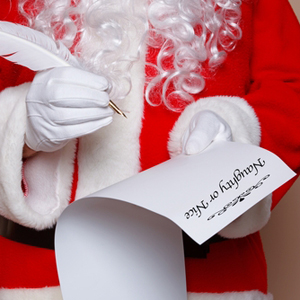 While most of us were winding down over the Christmas break, two fraudster lawyers fronted court to learn their fate...

The first name on Santa’s naughty list was former Melbourne lawyer Gabriel Werden, who was sentenced to almost 10 years in jail during the days leading up to Christmas.

The serial fraudster had been found guilty of stealing five properties and attempting to trick another 14 homeowners out of their titles.

His victims handed over personal and banking details that were used, along with fake identities and falsified documents, to approach banks for mortgage loans. He then withdrew the money from ATMs around Melbourne.

Folklaw reckons Werden’s training as a lawyer could be why he was such a meticulous con artist. Described by prosecutors as “highly intelligent”, Werden managed to convince his victims that he was a mortgage broker, solicitor, conveyancer and real estate agent by adopting disguises and even a woman’s voice.

Meanwhile, in Sydney, another lawyer faces jail for defrauding his Greek clients to the tune of $1.9 million.

Solicitor James Dimitrious pleaded guilty to 16 fraud-related charges involving eight clients. The court heard earlier this month that the now suspended lawyer fraudulently moved client money, of which about half was never refunded, to the trust account of his practice, reported the Sydney Morning Herald.

Folklaw only hopes this sort of behaviour won’t be a recurring theme of the festive season...

All I want for Christmas is their two front teeth