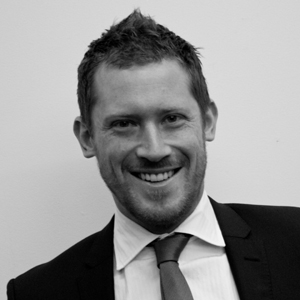 Australian states are increasingly taking a posture which espouses to be tough on crime, mandating more common and lengthier custodial sentences. Being genuinely tough on crime requires innovative thinking about approaches which are effective in reducing crime, not only punishing criminals.

Despite the “tough on crime” stance, the incidence of crime doesn't seem to have been changed significantly. In Victoria, recently released statistics reveal that crime rates have increased since the Napthine government adopted its "tough on crime" stance. Sure, increased policing may simply have seen more crime identified which would otherwise slipped by the justice system, but there's certainly no evidence of a significant reduction in crime due to the stance.

The inference which must be drawn is that to really be tough on crime, policies need to be effective in deterring crime (or at least more effective than the alternatives).

Conventional wisdom not so smart

There is a growing awareness that conventional approaches to sentencing criminal offenders are not always effective in deterring an individual or the community from crime.

While the motive of deterrence in the adversarial system is grounded in the jurisprudence of punishment and retribution, innovative ideas of justice focused on rehabilitation, redemption and restoration are continuing to offer a realistic alternative which is proving to be seriously tough on crime, not just tough on criminals.

The recent focus on punitive custodial sentencing has been proven to be ineffective in meeting the purpose of specific deterrence, with recidivism rates remaining alarmingly high. In Victoria, 40 per cent of inmates return to prison within six months of release and close to 70 per cent are back inside within a year. Half of the state's prisoners come from seriously disadvantaged backgrounds, 70-80 per cent have psychiatric disorders, about 43 per cent have personality disorders and 50-80 per cent have substance abuse problems.

Simply, mere punitive custodial sentences are in many ways limp in effectiveness and soft on crime.

Recidivism is a constant theme with offenders who serve custodial sentences. Punitive purposes and custodial sentencing may be effective in having a general deterrent effect. The reasoning is that an individual will make a rational choice that the outcome of committing the crime does not outweigh the risk of punishment, and therefore rationally chooses not to commit the crime in offer to manage the risk of punishment.

This makes good logical sense for some crimes – particularly those which are premeditated, by people in control of their behaviour.

The trouble with punitive purposes is that many crimes, especially those related to drugs and violence, are not committed after a measured and rational decision making process. The decision to commit a crime is often surrounded by a cloud of emotional confusion and distress due to substance use, depression or a history of abuse and social marginalisation.

While punishment-driven measures are an important element of the criminal justice system, they should be complemented by innovative approaches which have proven to be effective in breaking the cycle of addiction and recidivism.

Possibly unexpectedly, big business is presenting genuine innovation in criminal justice by facilitating the integration and rehabilitation for those at risk of recidivism.

The Toll Group's Second Step Program provides supported employment opportunities for offenders whose employment prospects are limited as a result of a history of addiction or criminal offences.

The criminal justice system should look to partner more closely with private enterprise in targeting social exclusion and lack of purpose, preparing offenders for meaningful and rehabilitative employment in a supportive environment.

Social integration is a key aspect of breaking the cycle of recidivism, and transitional programs such as Second Step are tough on crime by breaking the cycle of crime, mental health problems and addiction.
During a 2007 debate about the establishment of the Neighbourhood Justice Centre in the inner Melbourne suburb of Collingwood, Denis Napthine labelled the court’s establishment "the apartheid of the justice system in Australia", and that it was “about being soft on crime, soft on criminals.”

The Centre was founded on the principles of restorative justice and brings together a multi-jurisdictional court with a wide array of support services and community initiatives. Offenders who participated were 14 per cent less likely to re-offend compared to offenders sentenced in the traditional system.

In response Premier Napthine’s government has removed the sunset clause for the Centre’s jurisdiction, entrenching it as a permanent measure which is proving to be effective in reducing crime.

Jonathan Steffanoni (pictured) is a senior legal and regulatory consultant with QMV Super Solutions. He is in his final year of a Juris Doctor program at the Royal Melbourne Institute of Technology.