Skulduggery: no other word for it 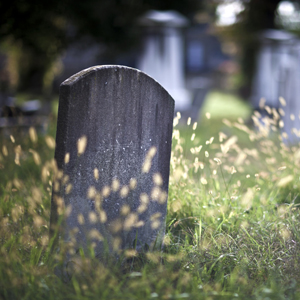 A never-say-die lawyer has been arrested for robbing nearly $US2 million from a not-for-profit cemetery only months after his predecessor pleaded guilty to similar shenanigans.

Folklaw thinks it might be easier said than done to Rest in Peace in the United Hebrew Cemetery at Staten Island, New York following a dnainfo.com report that lawyer Timothy Griffin was arrested for embezzling the sum while he was the acting president of the cemetery.

After his appointment, Griffin began to transfer money from the cemetery into his own escrow account, and from October 2012 to January 2014 made six transfers ranging from $250,000 to $385,000, New York Attorney General Eric Schneiderman said.

Griffin became president of the cemetery after its former president, Arthur Friedman, was ousted amid charges that he allowed his wife Ilana to purloin almost $1 million from the cemetery between 2006 and 2011.

Ilana Friedman, 51, was arrested in April 2013 and later pleaded guilty to taking the money, which was supposed to be used to pay for headstones for the deceased buried in their cemetery. Instead she used it to buy jewellery, electronics, groceries and pay for a trip to Las Vegas, according to court papers.

Griffin, who was appointed as president after the Friedmans had been removed by the board in 2011, has pleaded not guilty to charges of grand larceny and faces up to a maximum of 25 years in prison if found guilty.

Skulduggery: no other word for it