Australian as charged, your Honour 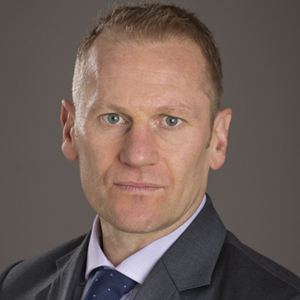 Barrister Marcus Elliott, arguably through no fault of his own, has found himself plying his trade among Kiwis. In this dispatch from the front, he reports on two countries divided by a common legal system.

Barrister Marcus Elliott, arguably through no fault of his own, has found himself plying his trade among Kiwis. In this dispatch from the front, he reports on two countries divided by a common legal system.

When Gondwanaland tore itself apart at the pace of a snail, New Zealand cast out in a different direction to Australia. They remain separate, despite occasional suggestions of reunion.

Former New Zealand Prime Minister Robert Muldoon said that the departure of New Zealanders for Australia raised the average IQ of both countries.

Fears of a ‘brain drain’ to Australia are sometimes discussed in New Zealand but I have seen no active attempts to attract Australians to New Zealand, other than for skiing.

A more direct marketing approach brought me here, if that description does not offend my Kiwi wife. I understand there is at least one famous precedent for an Australian marrying a New Zealander. He said recently, ‘New Zealanders are a stoical, decent people. I married one. I know.’ Of course he was talking about why his new Government should not increase benefits for New Zealanders living in Australia.

My wife may expect a more lavish description from me than that she is stoical and decent – although she certainly requires those qualities in our marriage.

Lawyers in New Zealand are no less despised than lawyers in Australia.

And the experience of practising law is identical as well.

One sits at a desk for as many daylight hours as possible and generates various documents in an often vain (I use the word in both senses) attempt to advance the interests of clients, some of whom express their gratitude by complaining about the fee.

Being Australian has given me no advantage as a lawyer. In my early days here I made a submission which was predicated on ‘antecedent’, meaning something which succeeds an event.

It was an egregious error I know, which I can only explain by the compounding exhaustion which accompanies life with a newborn child. When I acknowledged the error, the judge said, without irony, ‘You are Australian aren’t you, Mr Elliott?’

It is true that I didn’t deny this but I didn’t admit it either. I am no Judas.

It is tempting to say that the two nations are virtually identical. On the face of it they are: both a part of the Commonwealth with no current ambition to become a republic; both a sports-loving, comparatively healthy people.

But there are differences from a lawyer’s point of view.

There is no written constitution in New Zealand (or at least it is not all written in one place) and no federal/state divide, but there is a bill of rights. And there is a treaty.

The general treatment of the indigenous people and culture remains one of the most striking differences between the two countries.

It is grounded in history:

In one case the British determined that a treaty was warranted and in the other it did not. The Treaty of Waitangi was signed in 1840. It is recognised in statute. There is an ongoing process of resolution of claims.

There is a Maori political party and Maori electorate seats. Children learn some of the Maori language at school. The national anthem has both English and Maori lyrics.

Laws reflect the society in which they are made and there are other notable differences. At the moment there is a right-wing government in power, or at least it is to the right of the parties on the left.

As for Australia, perhaps the best one can say is that this has not happened. Almost one third of the same-sex marriages in New Zealand since the law change have been between Australians.

Being Australian and a lawyer has also prompted an awareness of the laws applicable to those who seek asylum in Australia. Some of those who spent time on the Tampa were taken in by New Zealand and live here in Christchurch.

As it turns out, none has committed any act of terrorism.

I must confess that it does become awkward when a New Zealand lawyer asks me to explain the Australian Government’s actions on asylum seekers.

What should I say about my country when asked about mandatory detention of innocent people, including children? Or when asylum seekers are taken to another country in which their human rights may be violated? Or when a boat full of desperate people is towed away from a purportedly generous First World nation?

It would be helpful if our leader would give me some guidance on how I should represent Australia on this issue.

I have googled it without success.

After all, we are both married to Kiwis. And Kiwis are decent people who will see through disingenuous answers. And, in my experience, they are stoical enough to deal with the truth.

In the meantime I will continue to represent my homeland as best I can, secure in the knowledge that Australia is little more than three hours away by air. And that I will be welcomed back, or at least granted entry – even if I travel by boat.

Marcus Elliott (pictured) is an Australian practising as a barrister in New Zealand. He was counsel assisting the Canterbury Earthquakes Royal Commission and is on the Christchurch Crown Solicitor’s panel of prosecutors.

Australian as charged, your Honour