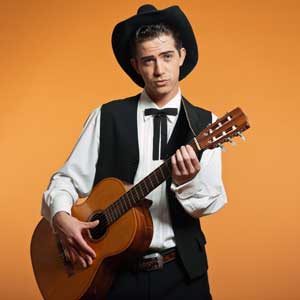 An American lawyer who disappeared in late October after finding himself immersed in a sea of legal troubles was arrested last Friday in New York returning from Istanbul.

The indictment said Witt then immediately took $60,000 of the money, deposited it into his law firm’s account and spent the money on personal expenses.

When the woman found out about the line of credit, Witt lied. He said the loan had been cancelled, supporting his claim with faked bank documents, the indictment revealed.

Witt, 39, had been having a rough time of it before he was officially reported missing on 22 November, leaving behind an ex-wife and five children. He was accused of lying to clients and judges, missing deadlines and court hearings, mishandling money, and failing to file necessary documents or improperly filing them, according to a 10-count complaint filed by Missouri’s chief disciplinary counsel in October.

Witt also failed to tell clients that he employed a disbarred former lawyer who was also a convicted felon. In some cases, Witt’s actions cost clients their cases or their homes, the complaint said.

Two weeks later, Witt’s car was towed and he was ticketed for driving under the influence after hitting a vehicle while parking his car.

By now Witt’s litany of woes and supposed wrongdoing was starting to sound like a bad country and western song – perhaps fittingly for an attorney from St. Peters, Missouri. And like all C&W morality tales, it was only gonna end one way, readers.

A week after the car bingle bungle, on 22 October, a St. Louis County judge entered a nearly $1 million judgment against Witt and his practice in a malpractice case – although a co-defendant’s lawyer said that Witt wouldn’t be personally responsible for any of the money and basically signed the suit over to his insurance company.

On 24 October, one of Witt’s clients, who hadn’t been able to reach him for a week, showed up at his office in St. Peters to find the lights off, the door unlocked, computers on and files scattered about. She called police twice, once that day and again when Witt missed her court hearing the next day. Police later found Witt at home.

A Witt assistant later posted the following sign at the office, spellin’ an’ all: “Do to things out of my Control this office is Temporally closed For the week.”

Folklaw thinks that, like all Country & Western songs, there is a lesson for all of us in this. Unfortunately, Folklaw has no idea what it is.