Spread the burden, reap the rewards 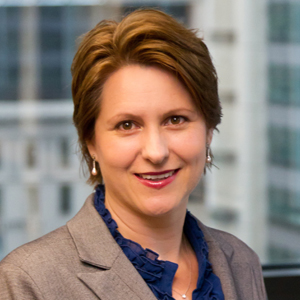 It's not just the big end of town that's getting involved in legal process outsourcing (LPO). Sole practitioners and small law firms are finding increasingly that creative use of outsourcing is supporting changing work patterns, without requiring a commitment to long-term contracts which their practices might not be able to sustain.

Use of LPO has been increasing across the legal sector in the past few years, with an estimated annual average growth rate globally of over 20 per cent. With LPO estimated to be globally a $1.1 billion industry, it is no wonder smaller firms are now capitalising on this resource to leverage practice productivity and profitability.

In my consulting practice I am seeing dramatic changes in firms who adopt LPO as a tool, especially in peak periods where they for example outsource typing and conveyancing support. In my analysis of a firm’s cost of production, conveyancing is a loss leader in smaller firms where senior lawyers are still managing each stage of the transaction, rather than overseeing each matter.

With any business there are client demand spikes, so imagine what a dedicated team of four ‘away team’ members could do for your practice. LPO enables smaller practices and sole practitioners to leverage a critical competitive tool. Predominately I have found in my clients’ LPO deployments that even non-fee earning tasks are completed by people who hold a degree in law or related fields and are currently working on Australian firm matters.

For any firm considering LPO I recommend a gradual incremental roll-out as a key to success. It is critical that you and your team gain confidence on whether the solution will work for you. I have also found the sole practitioner LPO roll out process is even easier, especially when their initial investment has been only one week of their time.

·         Ensure the LPO provider is reputable, with a confidentiality system firmly in place

·         Procedure should encourage your team to assign work

·         After a three-to-four week deployment, report on what worked, what didn’t, and what you could do better next time?

Partha Nag, Melbourne-based board member of Strategic Business Alliance Pty Ltd (SBA), which specialises in customised outsourcing solutions for smaller law firms in Australia, says he has seen the number of sole practitioners and smaller firms who use SBA’s services increase exponentially over the last four years – for both fee-earning and non-fee-earning areas of client practices.

They have clients in all states in the east coast and also in WA and South Australia in both metro and regional practices, and they have seen the number of firms using their services triple in the last two years.

Kylie Maxwell, of Kylie Maxwell, Solicitor and AfterLife Legal, is one sole practitioner who has made use of legal process outsourcing over the past two years through SBA.

"Not having the headache of an annual contract or a minimum monthly spend has been perfect for me as a sole practitioner who is not ready to make the large commitment of staffing and office overheads. My clients are happy, my practice is building, based on referrals, and I keep my prices down. I can get the extra help when I need it. I get 24-to-48 hour turnaround on dictation tapes and my typing gets done while I am actually doing the necessary legal work. That's really what clients pay me for – not to sit there for hours on end, typing."

Glenn Thexton, principal of Family Legal, which has offices in Melbourne, Sydney and Brisbane, says his practice has had a strategic relationship with SBA since 2011.

"We use LPO to complement our in-house team to deliver better turnaround times to clients and manage fluctuating workflows throughout the year," he said.

Reflecting the increasing relevance of LPO for small to mid-size firms, Paul McGahen, former CEO of NSW’s LawCover, outlined that until 2012 no correlation had been found between outsourcing and increased claims activity. Law Cover continues to monitor the situation.

Paula Gilmour (pictured) is managing director of sales strategy and event director of CLE by the Sea, which held the 2013 Masters Retreat for Smaller Law Firms specifically tailored to meet the unique challenges of smaller firms focussing on practical ways to get a practice in order.

Spread the burden, reap the rewards