When judges hit the juice 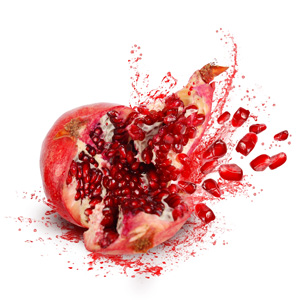 At stake in the false-advertising case between Coca-Cola and the juice company POM Wonderful is whether a company can sue a competitor for having a misleading label on one of its food products, even if the Food and Drug Administration (FDA) has not said there was anything wrong with it, reports Business Insider.

Coca-Cola says there shouldn’t be an issue with the label for its Pomegranate Blueberry drink, arguing that it complied with FDA requirements by disclosing that the product is a “flavoured blend of five juices”.

POM Wonderful argues that since the drink is called Pomegranate Blueberry, consumers would likely be surprised to learn that the drink is just 0.3 per cent pomegranate juice and 0.2 per cent blueberry juice.

Things took a comic turn (well, for the Supreme Court, that is) between Coca-Cola lawyer Kathleen Sullivan and Supreme Court Justice Anthony Kennedy when Sullivan was making the case that consumers were not stupid enough to believe that just because a juice was labelled Pomegranate Blueberry there would be lots of pomegranates and blueberries in it.

“We don't think that consumers are quite as unintelligent as POM must think they are,” Sullivan said.

“They know when something is a flavoured blend of five juices.”

It was then that Justice Kennedy put up his hand up (metaphorically, of course).

“Don’t make feel bad,” said the judge, “because I thought this was pomegranate juice.” (Laughter in the court)

Paul Llewellyn, a false-advertising expert and partner at the law firm Kaye Scholer, commented: “They (the judges) are struggling with how something can be provably misleading to consumers without there being a false-advertising claim for a competitor”.

Folklaw bets the Justices of the Australian High Court are dreading the day they will be compelled to undertake a full-bench taste test in order to authenticate a bottle of 1959 Grange Heritage.

When judges hit the juice