‘A front for multinational corporations’ 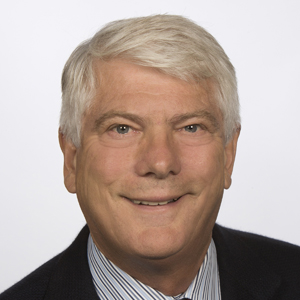 BP’s appeal to the US Supreme Court in the Deepwater Horizon BP class action was not unexpected. US plaintiff lawyer Mike Palmintier was already expecting the news when he talked to ACA Lawyers last month.

When there’s talk of taking a lead from the US on class actions, it can be instrumental to note the experience of US plaintiff lawyers.  There are some real problems in the US which we don’t face in Australia. A recent campaign led by leading defendant legal firms and promoted by the US Chamber of Commerce to force changes to practice and procedure in Australia should therefore be carefully evaluated.

The experience of Louisiana class action attorney-at-law, Michael Palmintier, who spoke at a forum arranged by ACA Lawyers on his recent visit to Sydney, is illuminating.

Palmintier makes the point that while Louisiana may be one of the smaller states, it has been the venue of two of the most high profile multi-party actions in recent US history. The US Court of Appeals for the fifth Circuit  - which covers the States of Louisiana, Texas and Mississippi - is based in New Orleans. It therefore dealt with appeals in respect of both the MR GO - Katrina (Mississippi River Gulf Outlet) litigation arising from Hurricane Katrina and the long-running Deepwater Horizon BP class action.

Palmintier was among a small team of lawyers who acted for over 200,000 claimants in the initially successful MR GO - Katrina litigation and is a member of the plaintiff lawyer steering group on the Deepwater Horizon BP class action.  It’s good he’s got a natural sense of humour and can maintain a benign demeanour.

We think we’ve got it tough.

The Deepwater Horizon rig fire was for him a personal tragedy. The son of a good friend was one of 11 men who died on the rig that day (in April 2010).

The USA not a shining light for plaintiff lawyers

Some of the reversals of decisions in the cases are gobsmacking, requiring – but receiving – no explanation.

The Deepwater Horizon BP case has seen the parties reach a settlement after extensive discovery and protracted negotiations.  The settlement was approved by the District Court. However, after relying on the goodwill received from the settlement to achieve a favourable outcome in the associated issues of punitive damages and charges of negligent homicide, BP then appealed the very settlement it negotiated.

The appeals went before the 5th Circuit Court of Appeals. By a majority, the Court upheld the certification of the settlement. After BP’s application for a rehearing en banc, involving a full bench of 16 judges including the judges who sat on the appeal, was rejected, BP appealed to the US Supreme Court.

Palmintier sees no hope of the case being over any time soon and it could be mid-2016 before the last claim is complete. This means that the plaintiffs’  lawyers who are funding the case might have to wait until 2017 to recover costs and fees.

We may envy the camaraderie of 50-plus plaintiff and defendant lawyers in the first heady days of the Deepwater Horizon BP class action’s Discovery phase, where “everyone got along really well”. It has since gone by the board, Palmintier now acknowledges. Plaintiffs’ lawyers have had to put up millions of dollars to cover the costs of developing the case.

The outcome in the MR GO - Katrina case was even more bizarre by Australian standards.

There, the 5th Circuit Court of Appeals, without hearing argument, reversed its own ruling of liability against the US Army Corp of Engineers, and failed to give reasons for the about-face. The “new” judgment followed an application by the defendants for a rehearing en banc. The US Supreme Court then refused leave to appeal. As a result, Palmintier’s relatively small firm of deGravelles, Palmintier, Holthaus & Frugé lost millions in fees and return of costs, which are now irrecoverable.

You can understand why Palmintier cautions that the US does not have all the answers in the development of class action and mass tort jurisprudence.

His message is also to look closely at the US Class Action Fairness Act (CAFA) of 2005 before considering changes to Australian practice and procedure.  In “an irony of the naming of statutes”, as Palmintier described it, the US legislation’s stated purpose is increased scrutiny of class action settlements, especially those involving corporations.

Another aspect of the increased judicial scrutiny under the legislation is the review of attorneys’ fees.  In a country with limited funding opportunities for plaintiffs and the very high risk in litigating (as shown in these recent examples), Palmintier says that any interference in the level of contingency fees, or other regulatory imposition as promoted by groups such as the US Chamber of Commerce, is an attack on access to justice.

Palmintier wondered why Australia would seek guidance from the Chamber, which has no official role in the US and is, in his words, “nothing more than a front organisation for huge multinational corporations”.

These companies would love to deny average citizens all over the world the right to bring their cases to court, says Palmintier.

The final impact of these cases on the US remains to be seen. When will the cut off happen for filing claims when the settlement is so often prorogued? What does it mean for those in the class action who would have opted out if they’d known what they’d be tied into?

Much will depend on the Supreme Court’s judgment in the Deepwater Horizon BP case.

Bruce Clarke (pictured) is a Principal with ACA Lawyers.

‘A front for multinational corporations’