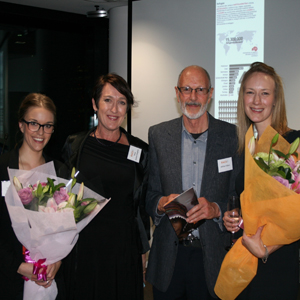 Asylum seekers are becoming increasingly marginalised by both government policy and cuts to legal funding. Heidi Nash-Smith talks about what her firm is doing to help

Asylum seekers are becoming increasingly marginalised by both government policy and cuts to legal funding. Heidi Nash-Smith talks about what her firm is doing to help

Since March 2012 there have been numerous changes in asylum seeker policy and significant cuts to the funding of legal assistance for asylum seekers. The result is an increased demand for access to legal advice and services, but a lack of funding for community legal centres to provide that advice.

That has left men, women and children at risk of being sent back to persecution.

During Law Week (12-18 May), Wotton + Kearney organised and participated in several events focussed on exploring and understanding the issues currently facing community legal centres who provide advice to asylum seekers and newly settled migrants, and what role pro bono assistance could provide in this area.

My interest and that of the firm was sparked from our involvement in Justice Connect’s Offshore Asylum Seeker Project, which provides assistance to people in immigration detention in Australia who have received a negative Independent Merits Review, and are therefore entitled to a judicial review of that decision.

Wotton + Kearney provided representation to 13 individuals in their claims for judicial review during the course of the Project.

It was through this work that I first heard about the Refugee Advice & Casework Service (RACS) and the critical work they perform providing legal assistance to some of the most vulnerable people in our community.  Over the last six months, I have spent time with the people at RACS, learnt more about the increasing unmet legal needs of asylum seekers, and discovered that as a result of cuts in Government funding, this important and longstanding institution will cease to exist unless RACS is able to raise $2 million over the next two years.

This has led to Wotton + Kearney partnering with RACS to help raise awareness and raise funds.

Launch of Friends of RACS

On Thursday 15 May, we hosted a cocktail party at our Sydney offices to launch the ‘Friends of RACS’ program.  The evening was a great success, with over 90 people coming along to support RACS and listen to the inspirational and knowledgeable guest speakers, Quang Luu and Prof Jane McAdam.

Quang Luu is a refugee and the former head of SBS Radio.  He shared his story of his escape from Vietnam when Saigon fell to the Communists on 30 April 1975.  At the time, Luu was acting head of South Vietnam’s ministry of foreign affairs and the last remaining senior diplomat in Saigon.

The only way for Luu to escape Vietnam was on a bamboo raft and for 36 hours, he was totally helpless, at the mercy of high winds and rain as he floated around in what was no more than a small basket.

Fortunately, he was rescued by a Thai fishing trawler.  After being kept under house arrest for 10 days, he was taken to Bangkok and was able to then fly to Australia.  Luu arrived in Australia without valid papers – his passport ceased to be valid after Saigon fell.

He poses the question, “what would have happened to me if I arrived in Australia now without proper documentation?”

He believes that under the current regime he would either have been deported back to Thailand, or worse to Vietnam.  Alternatively, he could have been detained for an unlimited period of time pending the processing of his application for refugee status.  There is no doubt in my mind that we would not have had the benefit of this impressive man, who contributes a great deal to Australian society, had any of these alternatives applied to him.

Prof Jane McAdam is the founding director of the Andrew & Renata Kaldor Centre for International Refugee Law.  She spoke about the services provided by RACS and the reasons why cutting legal assistance for asylum seekers is bad policy.  McAdam explained that the likely result of Government cuts will be to shift costs elsewhere and place a significant burden on Government officials conducting refugee status determinations, as well as on the Courts.

This is because refugee lawyers, like the people at RACS, have a specialist understanding of the law, and of the social and political conditions from which asylum seekers have fled. As such, they don’t take on every case, but only those with merit – helping to reduce the extent to which unmeritorious claims ever get to the Courts.

McAdam summed up the issue by stating:

“Without the kinds of services that RACS has been providing over the years, there is a real risk that people will be sent back to persecution and other serious forms of harm, including death.

This is because decisions will be poorly made if the right kind of information is not gathered in the first place. All the research shows that we get far better decision making when asylum seekers have early access to properly resourced legal services by specialist lawyers.”

How can you support RACS?

There are many ways to support RACS, including:

As a keen runner, the ‘running for RACS’ initiative has resonated with me.  I ran the Sydney Half Marathon on 17 May sporting my RACS running hat, and I have now signed up for a record (for me) number of runs including the Gold Coast Marathon, the Australian Outback Half Marathon, City2Surf, the Dubbo Stampede Half Marathon, and the Blackmore’s Half Marathon, with a view to raising at least $1,000 – and hopefully significantly more - for RACS.

If you would like to make a donation to support RACS and help them to continue to provide their vital services to the community, you can do so here: http://run.gofundraise.com.au/page/Nash-SmithH