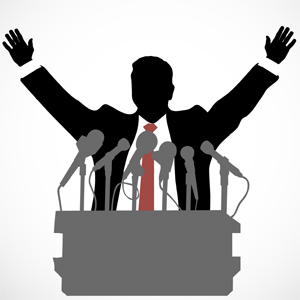 A prominent Canadian lawyer who took on high-profile corporate ethics cases might need a refresher in her ethics lessons.

Kristine Robidoux, a high-flying lawyer from the Canadian city of Calgary, has been suspended from her law firm for leaking damaging information on a successful correspondent turned failed political candidate.

Arthur Kent was dubbed the “Scud Stud” of Canada, a former foreign correspondent known for his gutsy coverage of the 1991 Gulf War.

But anyone named Scud was probably doomed to fall with a thud. One Mark Philippoussis comes to mind...

Kent held dreams of running as the Tory candidate in Calgary-Currie, and Robidoux was a volunteer with Alberta’s Progressive Conservative Party in 2008. She backed Kent as a candidate and he won.

But shortly after, she began sending emails to CanWest columnist Don Martin, complaining Kent was carrying out “unilateral decisions and not following the advice of his campaign team”, The Globe and Mail reported.

Robidoux replied “OMG, it’s all bad”, and gave details of the campaign.

Martin published an article headlined ‘Alberta’s Scud Stud a ‘Dud’ on Campaign Trail’ in one paper, while publishing another headlined ‘Scud Stud Lands with a Thud’.

Despite the puntastic headlines, Robidoux was not laughing, instead saying she was “sick and embarrassed” by the “unbalanced and wholly negative” article.

She apologised to Kent but he isn’t taking this lying down. He has filed cases against her, Martin, CanWest and others, claiming they conspired to ruin his reputation and tarnish his election campaign.

Robidoux has since resigned from law firm Gowling Lafleur Henderson LLP after she was given a four-month suspension by the Law Society of Alberta for violating client confidentiality.

Looks like she could use that hug from Don after all...

Gowling Lafluer “expects” her to return after the suspension. Any bets on whether she’ll do so?

Last Updated: 03 June 2014 Published: 02 June 2014
The Women in Law Awards is the benchmark for excellence, recognising the empowering women influencing the Australian legal profession, celebrating the female leaders, role models and future champions of the industry. Register for the waitlist today for the opportunity to attend this remarkable awards ceremony and network with top legal professionals and fellow peers.
Visit womeninlaw.com.au