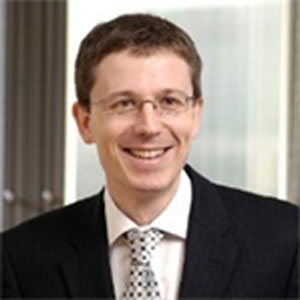 Patent law could do with a little more certainty, particularly in the area of business methods, writes patent attorney Justin Blows.

Patent law could do with a little more certainty, particularly in the area of business methods, writes patent attorney Justin Blows.

The patenting of new ideas has been considered “excitingly unpredictable” since at least 1623, as noted by the High Court in National Research Development Corporation v Commissioner of Patents [1959] HCA 67 (“NRDC”). Over the last few years, however, applicants for software patents, particularly those that relate to business methods, are beginning to think that the patent system is perhaps a little too exciting.

Prior to around 2010, the general practice of the Australian Patent Office was to not object to an application for a patent merely because it claimed protection for software or a computer executing software instructions. Software was taken to satisfy the requirement for patentable subject matter; that is, it was “a manner of manufacture”. As articulated in the watershed NRDC decision, it is a mistake to ask if an invention (in the present context, software) is a kind of manufacture because it tends to limit one’s thinking by reference to the idea of making tangible goods by hand or by machine. Rather, the correct emphasis is that the application of a manner of manufacture results in an artificially created state of affairs, and that a manner of manufacture has an industrial, commercial or trading character in that it belongs to a useful art, as distinct from a fine art, and consequently its value to the country is in a field of economic endeavor. Software would appear to satisfy that requirement.

The fortunes of patent applicants changed, however, around 2010. The Australian Patent Office decision Invention Pathways Pty Ltd [210] APO 10 (“Pathways”) marked a reversal of the previous practice. In this Australian Patent Office decision, the delegate of the Commissioner of Patents rejected a patent for a computer system having computer software that facilitated the commercialisation of an invention. The delegate decided that a method defined by software is not a “manner of manufacture” solely due to the fact that it is implemented in, or with the assistance of, a computer. Furthermore, the delegate was of the view that a method is not patentable because it uses some part of a computer or other physical device in an incidental way. That is, the computer must be central to the purpose or operation of the claimed process. In my opinion, it is not clear that this approach finds support in NRDC.

The motivation of the Australian Patent Office is found in their patent examiner’s manual. It appears that the patent office is attempting to allow what it considers to be “good” software patents (e.g. those that result in the improved operation of a computer) while weeding out what it considers to be “bad” software patents (e.g. those that are merely directed to the assemblage of information). It appears that the Australian Patent Office is taking aim at some business software.

Consideration of the claims of Research Affiliates and RPL reveals starkly different approaches to patent claim drafting (the claims define the scope of the patent monopoly). The RPL patent claims are replete with features that are unambiguously directed to computer and networking hardware. In this case, the steps of the method and the computer and networking features are difficult to disentangle. The judge declined to accept a requirement for “centrality” in Australian law. The RPL decision appears to indicate that the Commissioner of Patents admits to this, and was requesting importation of this concept from recent US law. Nevertheless, the judge was of the view that the inclusion of computer features in the claim would result in satisfaction of a centrality test. In contrast, the Research Affiliates claims make the smallest possible link between a computer and the method, merely asserting “a computer-implemented method”. The Research Affiliates’ judge found that a computer was not central to the operation of the claimed method and, consequently, the claims were invalid.

A link between the prominence of claimed computing machine features and patentability is well known to patent attorneys. For example, the decision International Business Machines Corporation v Commissioner of Patents [1991] FCA 625 (“IBM”) found that a method (i.e. software) and apparatus for generating curves on a computer graphics display was patentable. This was a near thing, however. The Commissioner of Patents argued that the claims lacked computing machine features and, consequently, the claims were for a mere abstract idea, which has never been held to be patentable. Fortunately for the patent applicant, the judge found that features of the claims, including “input”, “computing”, and “displaying”, given their proper construction, made clear that the method was to be executed using a computer.

The outcome of the appeals of Research Affiliates and RPL to the Full Court are keenly awaited to clarify software patentability. In my view, however, patent applicants will be well served by patent claims that unambiguously include computer and, if possible, networking hardware features. Making these machine features “central” and entangling them with the claimed method features is likely to greatly increase their validity in the future. Unless the courts import foreign law that, in my opinion, finds no support in Australian authority, I believe that well drafted software patents will remain valid in the future.