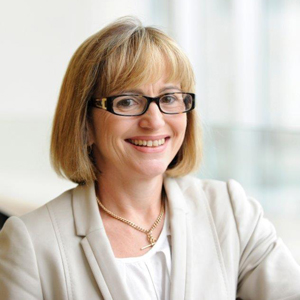 Business figure Victoria Weekes argues the Federal Government has missed a chance to lift the numbers of senior women in the legal profession.

Business figure Victoria Weekes argues the Federal Government has missed a chance to lift the numbers of senior women in the legal profession.

As a former private practice and corporate lawyer, I despair at the lack of progress in creating a widespread culture within the profession that genuinely encourages and supports high potential female lawyers - who opt to have children - to make partner.  Of course, there are some notable exceptions but the numbers speak for themselves with women, holding just over 20 per cent of partner or principal positions in Australian law firms.

And it’s not just the firms dragging their feet.  The Federal Government’s paid parental scheme is not the long hoped for panacea for encouraging greater female representation in the upper echelons of the profession.

Instead of a one-off policy for paid parental leave, the Government could take advantage of a unique opportunity to develop an integrated approach to policies impacting women’s ability to work and have children. This includes reforms to the childcare system and workplace flexibility.

The current paid parental leave that pays primary carers up to 18 weeks pay at the rate of the national minimum wage (currently $622.20 per 38 hours a week before tax) is delivering for many families, but unfortunately the child care regime is not.

A Women on Boards’ survey, to which close to 1,200 women responded in September 2013, rated pay equity and childcare as the top level issues impacting women.

My own experience mirrors these messages - when I had my first child finding care for her at 6 months was nearly impossible and a great source of frustration. Now 23 years later in my conversations with young women, I see the position has hardly changed.

By broadening the terms of reference of the current Productivity Commission Inquiry into Childcare & Early Childhood Learning to include paid parental leave, the Government could look at an integrated suite of policies impacting children from birth to high-school age. Business needs to step up to the plate by looking at changing work practices to become more agile and flexible and addressing predominantly male workforce cultures which reduce the likelihood of men and women sharing caring responsibilities.

Those in favour of the proposed paid parental leave scheme argue it is better to get the money than to see it go elsewhere. However, this ignores the potential long-term economic and social consequences of the proposed scheme, which could remove employer involvement and connection with paid parental leave, provide an incentive for employers to keep female employee income below the $100,000 threshold and encourage women to stay at home and disengage with the workforce – in particular those on salaries just below the threshold. Another risk is that in administering paid parental leave directly from Centrelink a message is sent that this is a benefit or a welfare payment rather than an employee entitlement or business process.

The need to improve productivity is a constant rallying cry from business and government. The EY report, Untapped opportunity: The role of women in unlocking Australia’s productivity (July 2013), outlined how our relatively low rate of women’s workforce participation (65%) is costing the nation “billions of dollars in the form of an unrealised productivity potential and high government benefit payments.”

We need therefore to be careful about policies that have the potential to keep women out of the workforce for longer, thereby exacerbating disadvantage around gender income gaps and retirement savings.

In broadening the scope of the Productivity Commission Inquiry to include paid parental leave the Government has the opportunity to start the slow process of changing community attitudes around work and family. We need a bigger policy framework than one that looks in isolation at paid parental leave and runs the risk of it being seen as another Minerals Resource Rent Tax in later years by future governments.

Creating integrated solutions to enable men and women to both work and have families – which after all, is what government and business want us all to do – seems too good an opportunity to pass up.

Victoria Weekes (pictured) has held senior legal and compliance positions at Citibank and Westpac. She is currently a professional non-executive director and independent business advisor and sits on the boards of a number of companies and government bodies, including ANZ Trustees Limited, the Sydney Local Health District and the Financial Services Institute of Australasia. Victoria was also a lawyer at Allens.