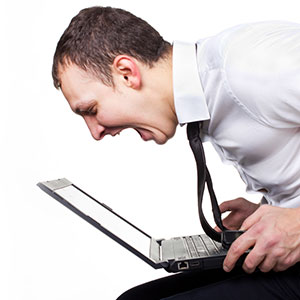 Jones Day has accused the owner of a parody website of misusing the firm’s trademark and is now threatening to sue.

Folklaw can barely supress a grin at the ironic twists in this story.

The winter of discontent

The tale begins in Detroit – a shadow of a city since the automotive industry collapsed during the Global Financial Crisis, taking the city down with it.

Houses lie empty, streets are in disrepair and businesses have cleared out of town. The “saddest city in America” is saddled with $18 million in debt.

In making the appointment, the governor overlooked the 2012 referendum in which Michigan voters explicitly repealed the emergency manager law. Orr has come under ridicule for taking control of the city without a proper mandate.

Folklaw can imagine why residents may have been somewhat miffed seeing their rights to self-determination overturned in the wake of financial disaster.

Many began to suspect conflict of interest issues. Kevyn Orr had previously worked as a partner at Jones Day, a giant American law firm, and was involved in managing the bankruptcy of Chrysler.

His appointment as Emergency Financial Manager was immediately followed by the hiring of Jones Day to manage the city’s bankruptcy proceedings. The city now owes Jones Day no less than $11 million in legal fees. Skeptics simply put two and two together...

The climate was ripe for political satire and a few weeks ago a parody website popped up under the domain name www.kevynorr.com. The website opens with the tag line: ‘Detroit’s Economic Coup D’etat has been brought to you by’, followed by the Jones Day logo.

Folklaw is amused that Orr did not think to secure this website domain name, leaving himself open to such obvious attack.

The day after metrotimes blogged about the site (10 June), the registrant of www.kevynorr.com got a nasty ‘cease and desist’ letter from Jones Day partner, Robert Ducatman.

The letter advised the website owner that the use of Jones Day’s registered service marks is the exclusive right of the firm. “These rights are valid, incontestable and have not been granted to you to use in any manner whatsoever,” Ducatman wrote.

“If you continue your improper conduct, Jones Day will avail itself of all legal and equitable remedies available, including the commencement of litigation without further notice,” he continued.

Awkwardly, the firm’s 2500 lawyers forgot to check whether the use of the logo was in fact in breach of the law. This error was quickly pointed out by the Electronic Frontier Foundation (EFF) (who agreed to represent the client) in their letter sent 23 June.

The EFF letter warned Jones Day that their “legal threats are not supported by law and plainly seek to interfere with protected speech”. EFF claimed that nobody could possibly be confused as to whether Jones Day endorsed the site because the website “fiercely criticises” Kevyn Orr, Jones Day and other corporations that the owner believes have failed to act in Detroit’s best interests.

EFF reminded the firm that trademark law includes protections for fair use. Employing logos in a satirical capacity is protected speech.

In ignoring these provisions, “it is difficult to escape the conclusion that this was a calculated attempt to confuse and intimidate a person you expected to be unfamiliar with the law,” EFF wrote.

EFF is a non-for-profit organisation that leverages the power of the internet masses to build support for the protection of digital rights.

In an online blog EFF staff attorney, Daniel Nazer wrote, “EFF doesn’t have 2,500 lawyers, but we have you, the Internet users who care about trademark abuse and stand ready to fight back with us.

“If Jones Day is smart, it will recognize that this is one dispute it can’t win.”