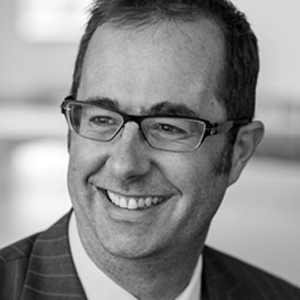 Lawyers advising on legislative changes need to understand the dynamics of the current Senate and the interests of the cross-bench senators, writes government lawyer Marcus Priest.

Lawyers advising on legislative changes need to understand the dynamics of the current Senate and the interests of the cross-bench senators, writes government lawyer Marcus Priest.

While many businesspeople were hoping for an end to the uncertainty of the last parliament created by a government without a majority in the House of Representatives, it is now clear that uncertainty will continue and may even become heightened.

Even before the events arising from the Government’s bid to repeal of the carbon price scheme, it was clear that it would be very hard for the Government to progress its legislative and budgetary agenda through the Senate.

However, the unpredictability arising from a cross-bench, which is largely made up of inexperienced and unknown individuals combined with an enigmatic billionaire experienced in tough commercial negotiations, has been underscored by recent events.

This is very different from the situation confronting Labor after the last election when three out of the five cross-bench members were experienced parliamentarians and a majority of them gave commitments to the minority Government to at least support supply bills.

Of course, a hostile Senate is not a new phenomenon. It is relatively rare for a government to obtain control of the upper house and the common frustration that arises as a result was best summed up by former Prime Minister Paul Keating’s epithet of “unrepresentative swill”.

However, the current composition of the Senate is especially unusual in that there are a large number of senators from a variety of micro-parties. Normally, a government needs the support of only one or two of the cross-bench parties. Since 1 July it requires the support of at least four and as many as six parties to reach the magic number of 39 votes and a majority of the 76 senators, unless Labor or the Greens support the Government on legislation.

Lawyers now seeking to advise clients on legislative changes need to understand the dynamics of the political process, the interests of the cross-bench senators and be prepared to advise on alternative and even unexpected outcomes.

The Senate is a different beast than the lower house as it is difficult for the Government to control the agenda and proceedings of the Senate because it is unusual for it to have the numbers to do so. This can result in the delay of the passage of legislation while sometimes esoteric notices of motions and petitions are debated. Normally, around 45 per cent of Senate time is spent debating legislation.

This delay can result in the Government moving a motion to “suspend standing orders” to bring legislation on for debate or “guillotining debate” to cut short the debate and force a vote. But to do so it needs the support of a majority of senators for such a motion. Often non-government senators can “filibuster” (talking to delay or entirely prevent a vote on a given proposal) which the government cannot prevent because it does not have the numbers to shut the debate down.

What made recent events in the Senate so extraordinary was that the Government filibustered its own motion to guillotine debate on the carbon repeal legislation because it needed more time to reach an agreement with the Palmer United Party.

It is also important to understand what amendments can be introduced in the Senate and what can’t.

Proposed laws “appropriating revenue or moneys, or imposing taxation” cannot originate in the Senate (as per s. 53 of the constitution) and that was the principal problem with amendments proposed by the Palmer United Party to carbon price repeal legislation.

The Senate is more collegiate than the House of Representatives and most legislation is referred to a committee simply on the basis of one or two members of the Selection of Bills committee requesting that it be referred.

When Bills are debated in the Senate, it is also often a much more lengthy process than in the lower house. After being introduced –“first read” – Bills are then subject of a “second reading” debate in which the policy of the legislation is debated. The Senate then resolves itself into a “committee of the whole” in which the detail of a Bill is debated, amendments moved and responsible ministers asked questions about the Bill. Unlike other Senate proceedings, senators may speak for up to 15 minutes more than once and move any number of amendments to the same issue. Debate does not conclude until senators do not wish to speak any further or move any further amendments. At that stage, the Chair of Committees puts the question that the Bill (or the Bill as amended) be reported, which can give rise to further debate.

Even after the Senate has voted to move out of committee stage, debate can then continue in the “third reading” stage, which does not normally occur in the House of Representatives.

Given these procedures, it is not surprising that since 1990 there have been 26 times when debate on a piece or package of legislation has gone for more than 20 hours. The record is held by the 1997 debate over the so-called Wik amendments – Native Title Amendment Bills 1 & 2 – to the Native Title Act 1993 holding the record of 105 hours 56 minutes.

Marcus Priest is a government lawyer at Sparke Helmore Lawyers.