Happiness and its Causes 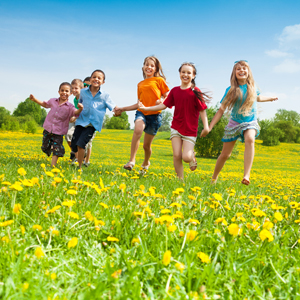 Like most lawyers, I’m not in this game for myself. I do it for the kids. My kids.

Like most lawyers, I’m not in this game for myself.  I do it for the kids. My kids.

Send your kid(s) to the best school(s) your clients’ money can buy; that’s the ethic.

But when my second and third children popped out as twins, I reappraised.

Three under three… and I’m about to turn forty.

How would I break it to the kids?

‘Ethics: 101 conversations to have with your kids’ by Michael Parker, author, ex-lawyer, ex-Principal of Cranbrook, and now principal of Oxley College.

Here is a man who must have sat down with many a child to tell them, in simple terms: clean out your book-box and go home.  Mummy and Daddy can’t afford the school fees.

‘Happiness and its causes’ - the conference - had Michael hosting a workshop on ethics for kids.

9am on a Saturday. After I'd attended to swimming lessons, a few loads of laundry, and an abundance of nappies and tears, I took my place in the workshop.

Go to jail and do not pass go

“Eight criminals have come before you for sentencing,” opened Michael.

“Were they brought in by superheroes?” I asked.  I thought it pertinent; my eldest would want to know.

“One person…,” Michael went on.  “must be hanged… One must go free… The others must have forty years of jail distributed between them.”

One was a battered wife.  I recognised her from law school.  She’d killed her abusive husband with an axe.

“She should walk.” I declared, and received a round of applause from the feminists in the room.

I made a mental note to watch who I slay in front of the kids.

After ranking the tragedy of offending, we were called to sit in a circle.

Kumbayah it was not.

“Let us discuss an ethical notion,” said Michael. “Such as…?”

I groaned inside, and out.

“Okay, so what is stealing?” asked Michael.

“Taking something that is not freely offered,” said someone.

I picked up the fight.

“Like, taking a piece of fruit from a tree?” I said.

“Or a flower?” said someone else.

Michael called the circle quits, and sent us back to our places for ‘Ethical Bingo’.

He handed out game-cards and introduced two 15 year-old boys, in uniform (looking the part) that he’d recruited from drama class to assist.  They acted out ‘ethical traps’.

One was ‘the letter of the law’.  I saw it coming right away.

“I came back home drunk out of my mind’ said the first schoolboy.  “At 12:05am on Monday morning.  I know the time… I looked at my watch.”

“What did your dad say?”

“He didn’t expect a thing until Wednesday.

He said; ‘did you come home drunk on the weekend?’

I told him no and swore it was true…  Well, technically it is true: I didn’t come home on the weekend, I came home at 12:05am on Monday.”

If this is what a private school education can buy, maybe I’ll have to reappraise once again.

I hung back after the workshop, and talked to Michael.

“How do kids of lawyers do at ethics?” I asked.

“They tend to understand,” he said.  “And they play the game really well.”

Oh, good, they’ll be naturals.  No help required from me then.

I’ll just sit back, and enjoy the ride.

Anthony Jucha is a commercial law specialist and a writer.

You can check out his blog here.

Happiness and its Causes