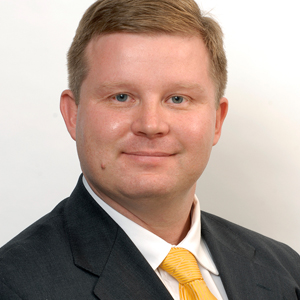 Unlike some, I don't support the notion that if a movie, TV show or album is too expensive, it's ok to download it. In the same way as it's not ok to sneak into a cinema or a gig if I don't like the ticket price.  We're talking about entertainment here, not a lifesaving drug which a patent owner is refusing to make.

But, despite what the copyright owners' associations would have you believe, copyright infringement by downloading for personal use is not theft and it's not a crime.

Theft is when you permanently deprive the owner of their property, like stealing a DVD from a shop.  Once you've stolen it, it's gone and the shopkeeper can't sell it to someone else.

When you download an episode of Game of Thrones without paying for it, you're infringing the copyright and committing a civil wrong, but you don't stop the owners of GoT from selling another copy of the episode to a paying customer, such as me.

So by helping to limit downloaded copyright infringement, which is presumably intended to encourage people to buy more legitimate content, the Government can help copyright owners make a lot of additional revenue.

As there's no additional cost, that's pure profit straight to their bottom line.

That's great for the copyright owners and, to an extent, the rest of the economy as they and their employees pay more tax, spend more on lavish parties and generally push the cash around the global economy.

If the copyright owners actually pay tax in Australia or employ people who pay tax or go to lavish parties in Australia, some of that might even stay here.

Maybe even the "Australia Tax" on legitimately streamed movies, TV shows and music might be reduced so we pay something more like what the rest of the world pays for them.

But why do the internet service providers (ISPs) have to help out for free?

Of course, it's not free.  What it really means is that people like me who don't download infringing material will have to pay more for our Internet connections to subsidise the copyright owners' unpaid police force.

Normally in our society when you infringe another person's civil rights they can just sue you for the damages you've caused them.

That's a touch inconvenient for copyright owners, who'd apparently have to sue lots of people for little bits of money.

Much easier for them to go after choke points like the ISPs and make them do the hard work.  Even better if the ISPs have to pay for it too.

Unfortunately for them, the High Court didn't agree.

Funnily enough, the High Court doesn't think that just because the ISP supplies you an internet connection, it 'authorises' you to run rampant with the downloads.  The ISPs also weren't too keen on snooping on their customers internet traffic at the copyright owner's request without any actual, you know, evidence that something was up.

This all makes sense to me, but the Attorney General seems to think it’s a problem that needs to be fixed.  If the problem is serious enough for the copyright owners, perhaps they could pay the ISPs some of their additional profit to help?

There's still the small issue that I'd prefer that my ISP didn't monitor everything I do with my internet connection,  just on the off chance that I (or someone else in my house) might be being doing something naughty.

Despite the lessons Germany learnt about pervasive "public safety" surveillance from the Stasi [in East Germany during the Cold War], the argument on that one seems to have been lost.

So what's next?  Everyone knows that Bangkok, Beijing and Bali are full of knock offs.  Perhaps the airlines should have to search their passengers' bodies and bags (at the passenger's cost) to stem the flood of fake Gucci?

Rob Gregory (pictured) is a partner in Maddocks TMT practice and a non-executive director of the Internet Society of Australia.