Looking to the mother country 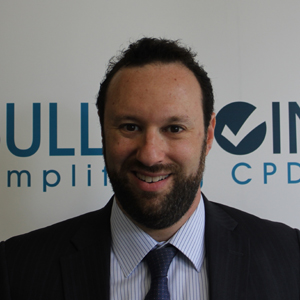 Mandatory Legal Education reforms in the UK should lead to a critical analysis of CLE in Australia, writes Jonathan Seifman

Mandatory Legal Education reforms in the UK should lead to a critical analysis of CLE in Australia, writes Jonathan Seifman

In the biggest shake-up of mandatory legal education in the UK since 1985 (when the mandatory requirement was first introduced), in May the Solicitors’ Regulation Authority (SRA) announced a major overhaul to CPD in the UK.

The biggest change is the removal of the blanket necessity for solicitors in the UK to complete a compulsory 16 hours' training per year. Instead, a regime will be phased in that puts the onus back on the firm and the individual to ensure their ongoing education enables them to “to deliver competent legal services”.

The SRA says “it would be for regulated entities and individuals to decide how these outcomes are achieved”, while assisting the profession by providing non-mandatory guidance for firms and individuals, with suggestions for implementing their CPD cycle.

In addition, a declaration will be added into the individual and firm practicing certificate renewal process, whereby lawyers and firms will need to confirm that they have considered their CPD needs.

The changes will be phased in from mid-2015 and fully introduced by November 2016.

Perhaps the best summary of why the system was changed comes from one of the solicitors’ responses to a recent survey of CPD education in the UK:

“What’s the purpose of CPD again? …It’s a serious question because I’m not sure. I can’t remember whether it’s to learn something or to show you’ve spent 16 hours a year pretending to learn something to satisfy the sort of thing that you ought to be doing.”

Martin Coleman, chair of the SRA Education and Training Committee put it more formally: “There is a broad consensus that the current approach to CPD is largely a "tick box" exercise requiring individuals to certify that they have undertaken the mandatory number of hours of CPD with no real focus on the quality or appropriateness of the professional development that has been undertaken. The current system imposes a regulatory burden on individuals and the SRA with no readily identifiable regulatory benefit”.

The SRA went on to provide a list of weaknesses of the current system, including that it:

1.    Is over prescriptive and inflexible;

2.  Concentrates on compliance with the arbitrary requirement to undertake 16 hours CPD rather than focusing on how CPD might assure competence;

3.    Does not enable us to target our regulatory resource to the areas of highest risk;

4.    Does not take into account the varied contexts within which solicitors now work and legal services are now delivered; and

5    Is difficult to enforce in a meaningful way.

In the short-term, it’s highly unlikely that mandatory education in Australia will follow the same path as the UK.

For starters, the UK has a single national governing body, making it easier to implement a blanket system for the entire profession. In Australia, mandatory education is governed at State and territory level by the relevant Law Society, so getting uniformity across the country for such a big change will take a lot of time.

Secondly, there hasn’t been the level of introspection and review in Australia to determine the strengths and weaknesses of the current system. In the UK, there was a formal review, followed by an extensive consultation process. Until something similar is done here, it’s unlikely massive change will take place.

Jonathan Seifman (pictured) is the CEO of Bulletpoints, a website that allows busy lawyers to find and track CPD options and points.

In September Lawyers Weekly and Bulletpoints will be inviting readers to complete a survey to see how CLE is viewed by the profession in Australia.

Looking to the mother country