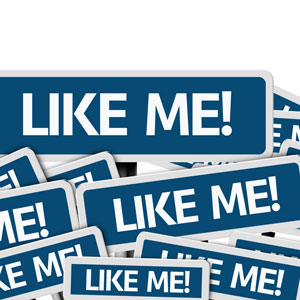 An over-keen second-year law student didn’t delete what he wrote on Instagram and it almost cost his so-far non-existent career.

It’s the curse of social media. What has been said and written cannot be unsaid unless, of course, it’s deleted.

But an over-keen second-year law student didn’t delete what he wrote on Instagram and it almost cost his so-far non-existent career.

It seems the young chap was so starry-eyed about joining the legal profession, he just couldn’t wait to be actually qualified before he went around town claiming to be a #lawyer, #younglawyer and #criminallawyer.

Jacob Reichman, 22, claimed to be a lawyer on Instagram, and even posted screen-grabs of himself acting in a legal capacity on Channel 9 News on Facebook and LinkedIn.

More seriously though, he pleaded guilty in the Brisbane Magistrates Court recently for carrying out legal practice six times when he was not allowed and for wrongly representing himself as a lawyer.

Prosecutor Sarah Lane, acting for the Legal Services Commission (LSC), said Reichman represented himself as a lawyer working at a Gold Coast firm where he faced three different magistrates in a criminal case before the Beenleigh Magistrates Court between January and July 2013.

Reichman also sent an e-mail to the registry requesting an adjournment of the case where his signature said he was a solicitor.

In fact, he was just a legal clerk for barrister Christopher Rosser at that time, not Michelle Porcheron Lawyers, as he claimed in court.

Magistrate Anne Thacker said there is a reason why rules are in place: to protect members of the public from people who were not yet eligible to do legal work.

“I can comprehend that you got  swept away in the excitement of commencing what you believed was going to be your career at an earlier point than what you were permitted to do so,” she said.

“It cannot be that people come in without the proper qualifications and pretend to be something that they are not.”

The truth about Reichman’s came out when Rosser himself told Magistrate Trevor Morgan that his disciple was not an Australian legal practitioner but his clerk.

Magistrate Morgan asked both Rosser and Reichman to come to court the next day but Reichman had to sit his final law exam and couldn’t come. The case was referred to the commission.

In his defence, Barrister Patricia Kirknan-Scroope said her client was only 20 had accepted a scholarship at Bond University in 2011.

She also said Reichman did what he did when he forgot to take his medication for attention deficit disorder.

Magistrate Thacker fined him $1000 and ordered him to pay further costs of $1083 to the LSC.