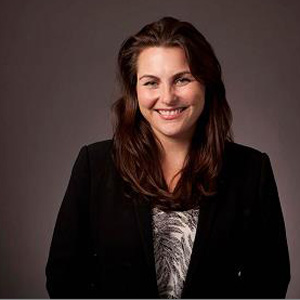 A dispute resolution body has returned to the legal fold, writes Melissa Yeo._x000D_

A dispute resolution body has returned to the legal fold, writes Melissa Yeo.

It was with great enthusiasm that Corrs Chambers Westgarth hosted the re-launch of the Queensland chapter of the Chartered Institute of Arbitrators Australia (CIArb Australia) on 19 August.

Queensland barrister, Dr Stephen Lee, the newly appointed State Convenor for the Queensland chapter, kicked off the evening with a warm welcome to the 70 plus distinguished guests, including his Honour Justice Greenwood of the Federal Court of Australia and the Honourable Richard Chesterman AO RFD in addition to senior lawyers and in-house counsel.

Stephen gave an enlightening overview of CIArb, detailing its history and charter, and explained the organisation’s aim to promote and facilitate the development of arbitration and other forms of private dispute resolution worldwide.

The aim of the Institute is in step with the momentum arbitration is enjoying as the preferred mechanism for dispute resolution, particularly in Queensland.

The festive atmosphere peaked when Albert Monichino QC, President of CIArb Australia, popped the cork off a bottle of bubbly to officially re-launch the Queensland chapter of this great organisation.

With the official part of the festivities complete, Stephen introduced the keynote speaker for the evening, Walter Sofronoff QC, a former Solicitor-General of Queensland and a preeminent Queen’s Counsel and arbitrator.

During his introduction, Stephen commented that the chapter was indeed, very lucky to have Walter in attendance, in more ways than one.

As was reported in the Sunday Mail, Walter had recently walked away unscathed after having crashed his de Havilland Tiger Moth two weeks earlier.

Despite such recent dramas, Walter delivered an engaging address on Arbitration in Queensland.

He began by explaining how the practice of arbitration had come a long way. Previously, if an arbitrator made an award, the rights from the award were a substitution for pre-existing rights within the contract.

A court would not interfere unless there was an error of law. Even then, there were avenues for, inter alia, certiorari. This led to arbitrations producing inconclusive awards. Queensland required a system that made awards final; a method to transform an award into a ruling of a court. However, the Commonwealth had no head of power to legislate for arbitrations.

This changed in 1974 under the Whitlam Government, when the external affairs power was relied upon to support legislation for the enforcement of foreign awards in Australia.

A seminal event later occurred with the introduction of the UNCITRAL Model Law in Vienna in 1985, which was designed to govern the conduct of arbitrations. At this time, while parties were able to agree to the proper law of arbitration agreements, an overriding law involving a jurisdiction was still needed; a “Lex Arbitri”, or a meta-law that gives arbitral awards effect.

Walter explained that if the Model Law was adopted it could be the meta-law and provide certainty, uniformity and finality. With a fair, predictable and conclusive Model Law, there could be fair, free and efficient international trade, which leads to peace.

In Eisenwerk, a German company sued an Australian company for mining equipment.

The contract between the parties included an arbitration clause that referred to conduct of the arbitration according to the ICC.

The Court of Appeal in 2001 found that by agreeing to the ICC rules in the contract, the transaction was not subject to the Model Law.

This decision has been criticised in arbitral circles and was subsequently found by a single judge of the NSW Supreme Court in Cargill International SA v Peabody Australian Mining Ltd [2010] to be “plainly wrong”.

Walter explained that the decision in Eisenwerk should be considered in the context of the time that the case was decided: that is, the field of arbitration was new, and as such, there was a lack of appreciation of the three bodies of law being the proper law of the contract, the applicable procedural rules and the Lex Arbitri.

The decision in Eisenwerk has since been corrected with the introduction of the amended International Arbitration Act 1974 (Cth) containing a new section 21 which provides that the Model Law “covers the field”.

The panel discussion was spirited and interesting, offering several key take-aways for practitioners and users of arbitration to consider.

Melissa Yeo (pictured) is a Senior Associate in the Construction Group of Corrs Chambers Westgarth in Brisbane. She is also an Associate Member of the Chartered Institute of Arbitrators and is on the committee for the Queensland Chapter of CIArb.